Just when you thought a stupid violent trend was over, the ‘Knockout Game’ returns in New Jersey[1] when a vicious video goes viral because a thug loser crushes the face of an unsuspecting older person. Here’s a good look at what the biggest loser really looks like. 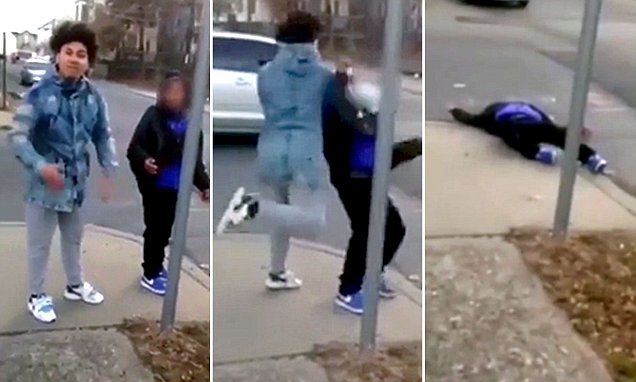 New Jersey police are investigating a disturbing viral video that shows a boy punching an unsuspecting older man on the street – and trying to find the teens behind it.

The video, which was uploaded on Facebook and has appeared on multiple social media sites, shows a boy who looks to be a teenager walking toward the old man.

A girl can be heard off-screen screams ‘Don’t hit him!’ while another boy behind the camera yells ‘Knock him out, knock him out!’