VIDEO: Horror as 9-Year-Old Boy is Stalked Down the Street by an ‘Elderly’ Man and Stabbed 3 Times in the Head and Neck On His Way to School

Sending your child to walk to school isn’t something that generally strikes fear into the heart of parents. But when one nine-year-old boy went off to school one morning in Staten Island, he found himself the victim of a horrifying random attack. 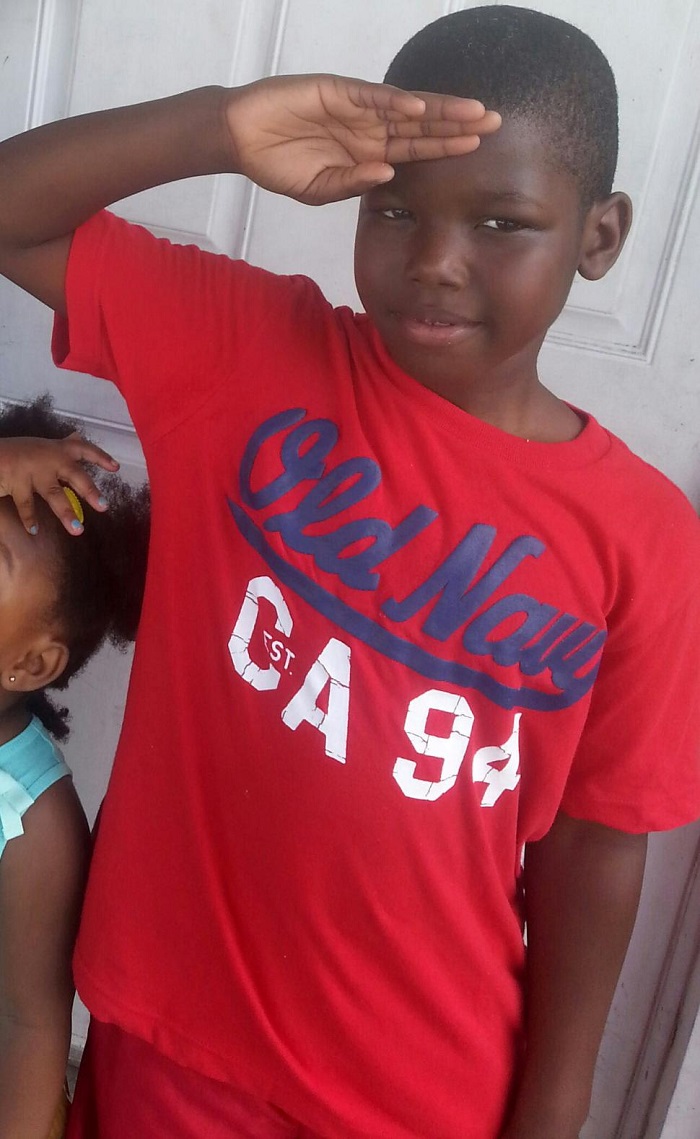 A nine-year-old boy was stalked down the street on his way to school, grabbed, then stabbed in the neck.

Jermaine Colver, from Staten Island, New York, was walking down a snow-covered street when an unidentified man crept up behind him and lashed out with a bladed weapon.

He was jumped by the man at 7.55am Friday as he walked to school through the Mariners Harbor neighborhood.

Surveillance footage captured the attack, which shows the man approaching from behind, grabbing the small boy and swinging his arm in a stabbing motion three times around his head and upper body.

The fifth-grader stumbles to the ground then flees. The attacker does not appear to follow him.

According to the New York Post, Jermaine described his attacker to police as an old man, and said he was wearing a blue hoodie.

Despite the apparent viciousness of the attack, Jermaine was reportedly not badly wounded.

What kind of person would attack a little boy so viciously? Thankfully, the child wasn’t severely injured, but with this monster still on the loose, parents in the area would do well to be careful letting their kids walk around alone.