VIDEO: Mom Charged After Her Two-Year-Old is Found Teetering on the ROOF of Their Three-Story Home and a Baby Sibling was Trying to Climb Out of a Window to Join Him

Parents know all too well how easy it is to turn your back for a moment and then discover that your toddler has gotten themselves into some kind of dangerous situation. But how does a mother not realize her child is walking around on the roof? 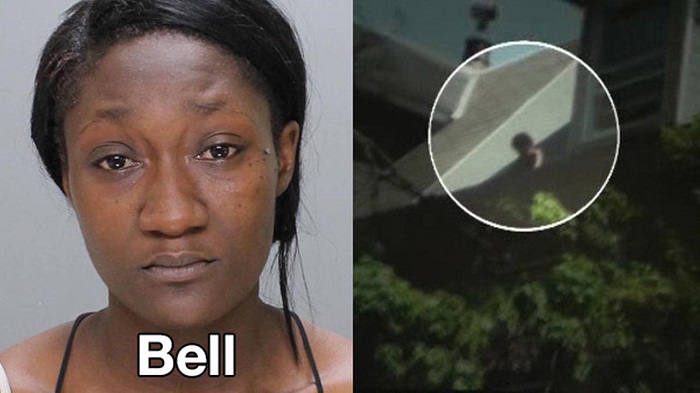 Two mothers are facing charges after authorities called to a three-story home in Philadelphia found a two-year-old boy on the roof and a one-year-old child trying to climb out a window to join him.

Police and firefighters rushed to the home around 1:30pm Monday after neighbors spotted the two-year-old on the steep slope wearing just a diaper.

An official pulled him to safety through a window just as firefighters erected a ladder and the one-year-old was rescued while trying to climb out the window.

… Police arrested both mothers at the scene and they were brought to the Special Victims Unit for questioning, Fox 29 reported.

The two-year-old’s mother, 22-year-old Cleaira Bell, was charged with endangering the welfare of a child and recklessly endangering another person.

The younger child’s 17-year-old mother was charged as a juvenile with the same crimes.

This isn’t just an issue of a mother looking away for a second, considering that the child had to be able to get onto the roof and be there long enough for neighbors to notice, call 911, and then for firefighters to rescue the child. This is an example of some serious negligence, and unfortunately, the parents in this case deserve to be charged.