[VIDEO] ‘Put ‘Em in a Coffin’: Teens Body Slam Strangers’ Parked Cars, but Then, Instant Karma Takes Them by Surprise!

Just about as stupid as the ‘planking’ craze, and all the teens not donating to the Ice Bucket Challenge, the newest ‘Put ’em in a coffin’ fad is about the dumbest thing that kids have thought up. These genius teens, in particular, had a significant dose of karma when they decided to video tape their crime spree – and were caught red handed. From TheBlaze[1]: 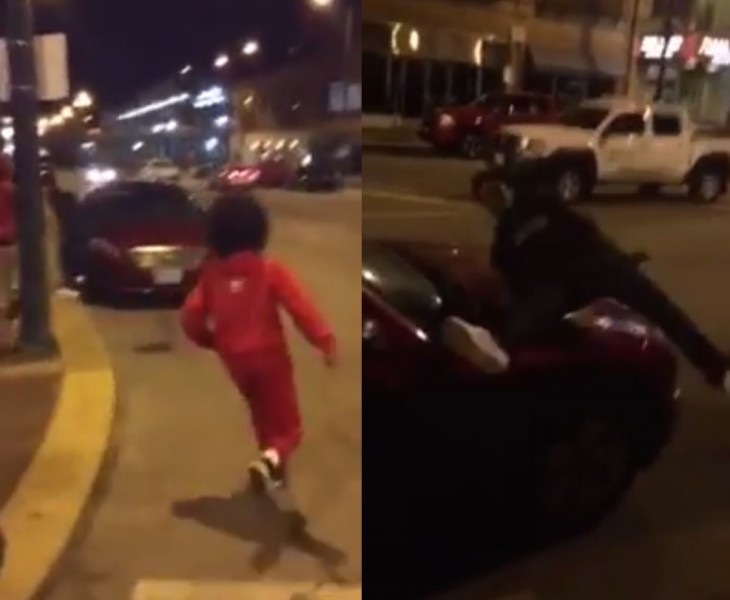 Jump up, cross your arms, slam your body into the hood of a stranger’s car: That’s all there is to the “put ‘em in a coffin” craze.

Of course, checking to see if you’re doing it in front of police might go without saying.

A group of teenagers in Kansas City, Missouri, was arrested Saturday after they were caught red-handed vandalizing parked cars — and one of the teens recorded the whole thing.

“This is some dumb n**** s***,” the person recording the group can be heard saying over and over again as he follows his companions up the street, recording several teens slamming cars at random.

One car had its lights on, and the group pauses near it before pressing onward.

But it seems that vehicle — and one that pulls up down the street seconds later — was a police car.

These damn morons. All this makes me want to do is up my car insurance limits.