VIDEO: Shopkeeper has no weapon when robbers arrive, so he unleashes improvised flame thrower

Robbers almost met their destiny when store owner Dan Rigney Macgyvered a homemade flame thrower[1] from insect spray and a long length grill/candle lighter. Although unsuccessful at preventing the robbery, it was a very brave and possibly bad, idea. A gun would’ve been better. 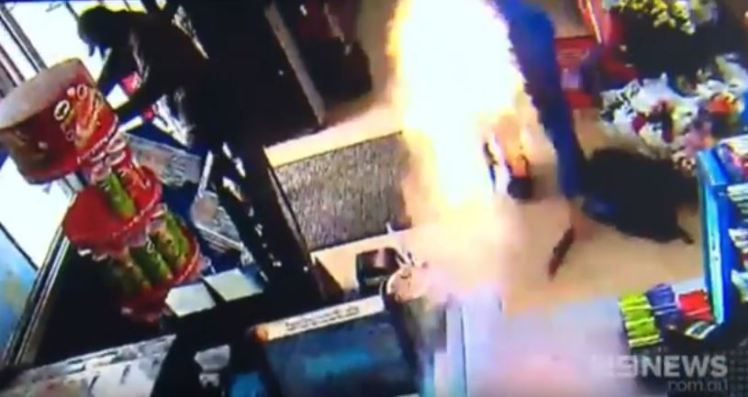 Rigney used insect spray and a lighter to make the armed robbers retreat, with one of them dropping his weapon.

However, the flames only delayed the robbery, as one of the attackers was then seen pointed a gun at the shop owner before raiding the till.

Store owners should carry guns to protect themselves, their customers, and their investment in their business.