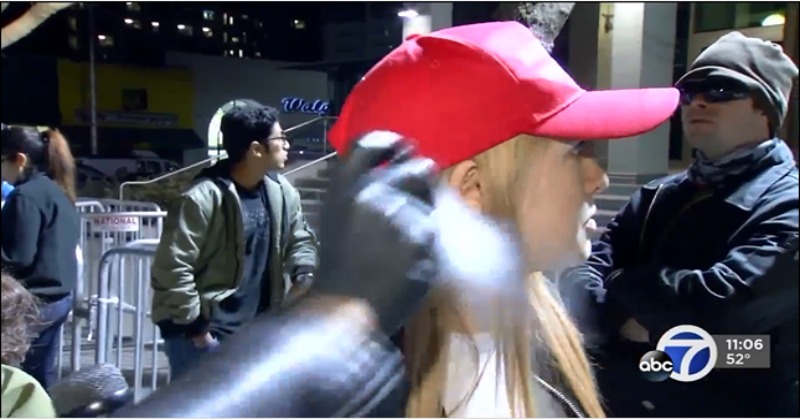 The protests against Donald Trump and his policies have not stopped[2] since the election. And while many are peaceful protesters who want to exercise their First Amendment rights to vocalize their concerns, there have been so many examples of these protesters going completely insane when mob rule took over. And this is just one more of those examples.

Violent rioters were completely out of line. A woman was walking around wearing a Trump supporter’s hat. That was all it took for a protester to violently react to her.

The Federalist Papers Project[3] reported on the story.

A young, female Trump supporter was attacked on camera last night during the riots at UC Berkeley.

Internet sensation and self-dubbed “villain” Milo Yiannopoulos was slated to speak at the campus of Berkeley when leftist students took to the streets to protest his message. Things were peaceful… until they weren’t.

What began as a relatively harmless demonstration devolved into violence and vandalism as thugs took to firing bottle rockets and setting fires, as well as smashing windows. They not only destroyed the student union on campus…

… but a Chase Bank and Wells Fargo location as well, according to ABC7 News.

In the middle of the fray was a young woman named Kiara Robles, who was wearing a red hat that said “Make Bitcoin Great Again.” A cheeky play on Trump’s campaign slogan, but not everyone found it funny.

During Robles’ interview with the local ABC affiliate, she was blindsided with pepper spray.

What blows my mind is this concept that these students are entitled to hate and fight against people they don’t agree with. Liberals claim that all Trump supporters are intolerant, hate filled, Islamophobic crazies. So, they respond with intolerance, hate and violence. Makes perfect sense…. right??? 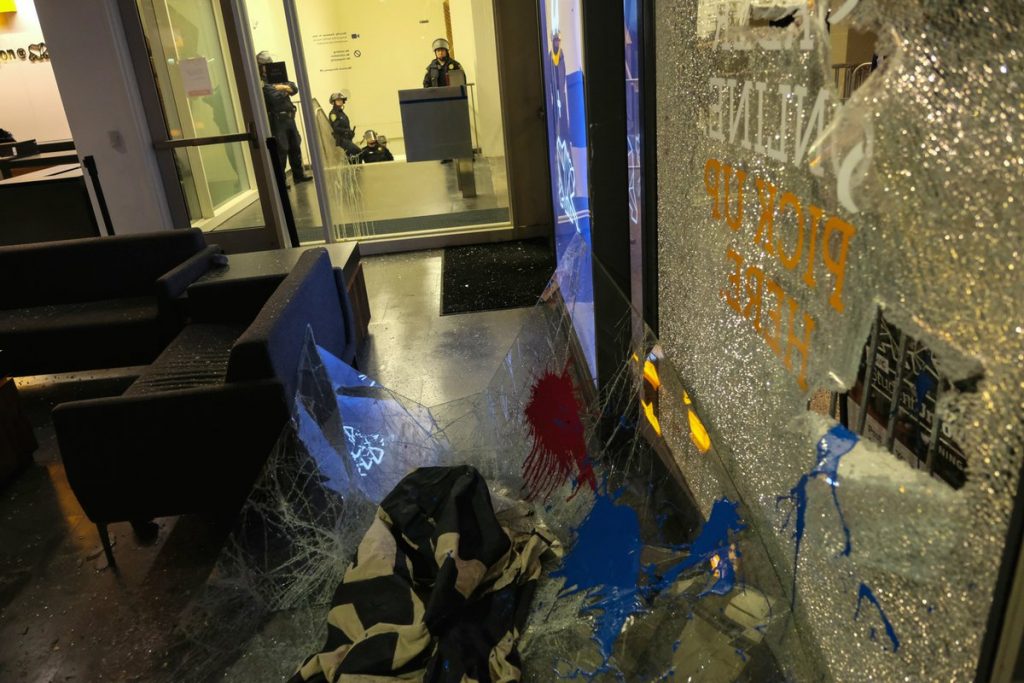