WARNING: Woman Finds Video Of Strange Man Fondling Her As She Slept… ON HER OWN PHONE!

This has got to be horrifying[1] and embarrassing for this woman. A man who was a friend of hers (bad choice of friends), evidently fondled her while she slept in her garage. He videoed the whole thing on her own phone. The guy also had a thing for child porn. What a winner. The woman was taking medication for a sleeping disorder which knocked her out cold in a chair in the garage. This scum took full advantage of the situation. She didn’t find the video right away, but when she did and after the shock subsided, she contacted the police. She provided Kentwood police with other cellphones linked to said dirt bag, named Robert Dale Parker Jr. 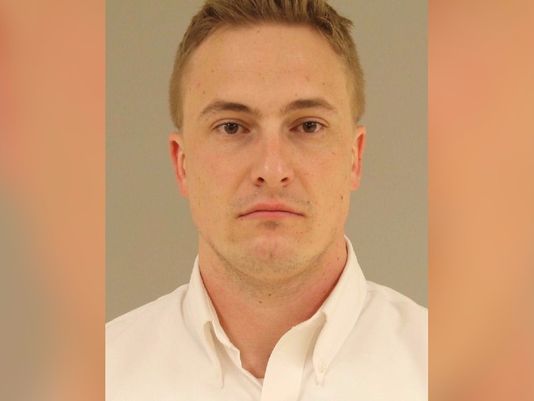 A Michigan man will now stand trial for allegedly filming himself groping a woman while she slept, after the victim found footage of the assault on her own cellphone.

The female victim, who was taking medication for a sleeping disorder, was asleep in a chair in her garage in Kentwood when the assault occurred.

Reports suggest the woman knew Kentwood, and that he allegedly fondled her while she slept, filming himself on her phone.
Some time past before the victim found the video and contacted police.

Detectives reviewed the phones and found additional videos of the sleeping woman, along with numerous images of child pornography, according to court records. One of the videos was of a three year-old girl going to the bathroom. For that footage alone, Parker was charged with child sexually-abusive commercial activity, a 20-year felony. He’s also charged with two counts of surveilling an unclothed person, a five-year felony, along with fourth-degree criminal sexual conduct of an incapacitated victim, a two-year high misdemeanor. ‘There were also pictures of various younger girls in sexually explicit positions,’ Detective Kelly Baldwin told The Detroit Free Press. Parker is now in jail and his bond is set at $400,000. This poor woman fears retaliation, so her attorneys are asking for an even higher bond. I wouldn’t let this animal out period. What a monster.