While a Woman Was Dying From a Brain Aneurysm in a Drive-Thru, a Scumbag Decided to Rob Her

Robbing someone of their goods is low enough — but doing so when the person is dying is downright despicable. But that’s exactly what a trio of thugs did when a woman suffered a brain aneurysm in a drive-thru. 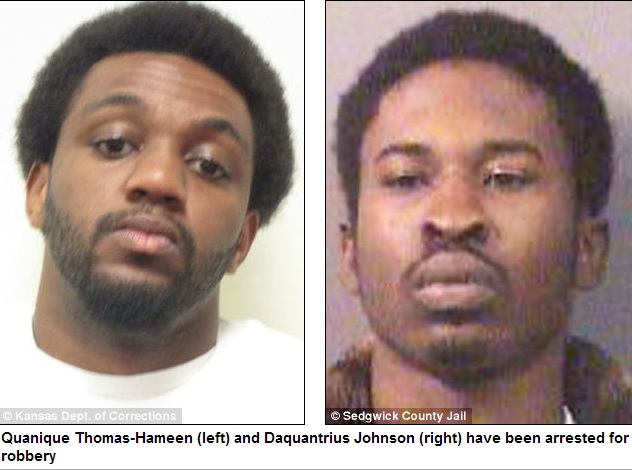 Danielle Zimmerman was picking up dinner for her family when she suffered a brain aneurysm. The truck she was driving stopped after crashing into the fast food store’s speaker.

Rather than help, Daquantrius Johnson, Keith Hickles, and Quanique Thomas-Hameen stole Zimmerman’s purse and took the wedding ring off her finger.

The wife and mother died in the hospital the next day.

The Wichita Eagle reports all three men were arrested. This week, Johnson was convicted of aggravated burglary, robbery and misdemeanor theft for the December, 2013 incident. Because it wasn’t Johnson’s first trouble with the law, Judge Christopher Magana sentenced him to 20 1/2 years in prison.

What makes a person sink to such a disgusting low? Whatever the reason, thankfully these scumbag lowlifes will be locked up for a long time — maybe over the next 20 1/2 years, they can ponder whether or not robbing a woman while she was dying was really worth it.