Woman, 26, Pleads Guilty To INCEST After Marrying Her 44 Year-Old Mother

I’m just gonna say this right now, you don’t want to be eating or have eaten recently if you’re going to read this story. This whole thing is bizarre from start to finish and it’s a roller coaster of degeneracy. Strap yourself in and keep all of your limbs inside the ride at all times. (And I didn’t think I’d ever have to say this, but keep them to yourselves as well.)

26 year-old Misty Velvet Dawn Spann has pleaded guilty to having an incestuous relationship with her biological mother, 44 year-old Patricia Ann Spann after the two were married. 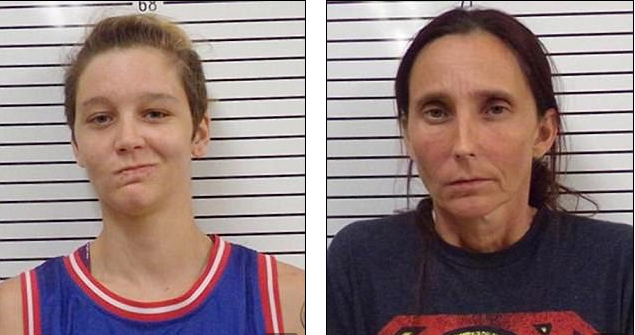 When Misty and her brothers were children, Patricia lost custody of them. The group was then adopted and raised by their paternal grandmother. The pair reunited in 2014 and “hit it off,” leading them to discuss adopting a child together. (Yeah, THAT’S what we need.)

They were married in March of 2016, when Patricia convinced her daughter that it wasn’t against the law for the pair to be together. Unfortunately for them, that wasn’t entirely accurate and when a DHS worker found out about the relationship, both were charged with incest.

In Oklahoma (where the two live), incest is a crime that is punishable by up to 10 years in prison. The daughter took a plea deal for a lesser charge, admitting to the relationship in exchange for 10 years probation, as well as counseling and paying court costs.

Patricia hasn’t pleaded guilty to the crime, though to be fair, she has also not been to court yet. Her appearance has been delayed until February because she needed to undergo surgery.

And if you thought this was disgusting, BOY do I have some news for you. This is not actually the first time that this woman has been in a romantic relationship with one of her children.

In 2008, she married one of her sons, Jody Calvin Spann. Apparently, the relationship wasn’t sexual and she’d only married him to prevent him from being deployed.

The marriage between Misty and Patricia was annulled at the behest of the daughter, who said that she was coerced into the marriage fraudulently.

The only child that Patricia hasn’t married, Cody Spann, had some thoughts about this.

“For you to want to put your own daughter through this, what kind of person are you? If that’s what you want that’s on you, but none of us kids want that, and now you got my sister behind bars because of your choices, why don’t you let that sit on you as a mom,” he continued.