Woman arrested after posing as boyfriend and sending herself death threats

You wanna know why there are a lot of people who are hesitant to believe female victims when they come forward, crying about a man who committed a crime against them? Look no further than Lisa Marie Garcia, 22, who accused her boyfriend of sending her threatening messages and harassing her after the two broke up.

At first, it all seemed legit. The messages appeared to be coming from an Instagram account that had his pictures on it, the messages seemed to constitute terrorist threats (at least according to police) and Brandon Berrott was jailed repeatedly for his “offenses.”

Except that’s not exactly what happened. In fact, Brandon had no idea what was happening or why he kept ending up in prison. 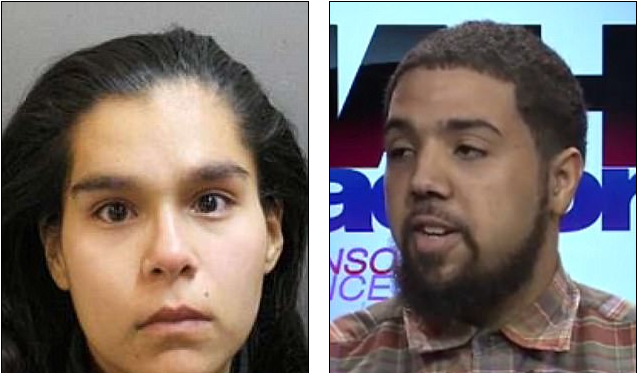 The 22 year-old woman has now been arrested for allegedly creating fake profiles of her ex-boyfriend and sending herself threatening messages. She used apps to make it appear as though Berrott was the one sending her the malicious messages.

Apparently the two had been locked in a custody battle over their child and Garcia wanted to make sure that he wouldn’t be able to see the kid. Because, you know, that’s what sane people do.

After being released from jail on bond, more messages appeared on her phone. Berrott was sent back to prison for violating the terms of his release, which included not contacting Garcia.

“He didn’t do any of this. He was charged with eight criminal cases and is innocent of all of them,” said prosecutor Britni Cooper. “I’m horrified, actually, and can’t imagine what this guy went through. It’s a nightmare.”

Berrott’s lawyer accused the woman of causing his client to lose his job, as well as spending tens of thousands of dollars in legal fees and bond.

Garcia was eventually caught in her own lies after calling the mayor of Baytown and complaining that Berrott’s mother had bribed District Judge Brad Hart to let him out on bond. The accusations prompted an investigation that revealed some damning evidence, but it had nothing to do with the mother, who is an employee of Harris County.

The police began to notice that there were some major inconsistencies with Garcia’s stories, including the fact that she claimed to have received messages from him when he was handcuffed in the back of a police car. Another time she says she got a message while he was cooperating with police to clear his name.

All charges against Berrott have since been dismissed and if convicted, Garcia could face up to 10 years in prison.

To add a cherry to the top of this awesome sundae, his old job contacted him and said that they would love to rehire him if he so chose.