What in the absolute hell is WRONG with people these days? Everyone is so quick on the draw, whipping out their phones to film the worst stuff imaginable with hopes that it’ll go viral, yet nobody actually understands that they should help someone who needs it?

I can’t tell if this is more indicative of the loose concern surrounding the act of rape in certain third-world countries, or of millennials feeling the need to film everything that they see, good and bad. 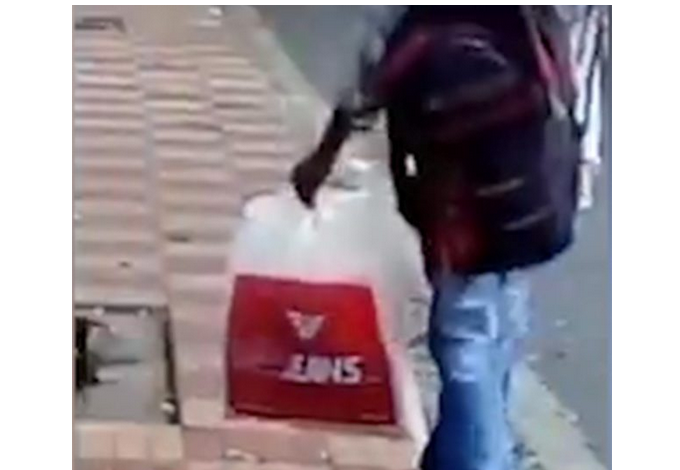 A woman in her 20’s thought that sitting next to a tree in a heavily trafficked area would be enough to keep her safe, but how can you truly be safe when you’re living in an area where people are more likely to film you being sexually assaulted than they are to actually stop it?

That is exactly what happened in Visakhapatnam in the Bay of Bengal. When a young woman found herself the victim of an inebriated 23 year-old man by the name of Ganji Siva. Instead of rushing to save her from the intoxicated cretin, people just walked away, as if there was nothing more common. Others filmed her tragic situation, but nobody bothered to help.

“Apparently she was very weak as she had not eaten for several hours and was sleeping on the footpath under the shadow of a tree when Siva, in an inebriated condition, assaulted her sexually,” said a police sub-inspector in a statement on the case.

“Passers-by did not bother to stop him even as the woman was too weak to even scream,” he concluded.

Now before anyone jumps on the “several hours” quip, keep in mind that in an area of the world where food is not as common as it is here, “a few hours” may mean something completely different.

That being said, there is no excuse to sexually assault a woman, no matter how drunk you are. And what’s worse is that there were people around who could have stopped it, but chose not to.

A man in a rickshaw decided to film the incident and hand the tape over to cops. Between that and the woman identifying the suspect, he was arrested and is now awaiting trial.

Action should be taken against the people who passed by and did nothing as well. They aided the crime by refusing to stop the perpetrator and there has to be some sort of punishment for that, right?