Woman Was Being Sexually Assaulted, Then Homeless Man Drags Would-Be Rapist To The Police [VIDEO]

Goodness can be found in the most unlikely of places and we don’t hear about this often enough for my liking.

40 year-old Alvaro Dennica decided that it would be appropriate to fondle himself on the No. 3 train Wednesday morning in front of the 28 year-old victim. When she got off of the train, he followed her and jumped on top of her on the platform. Upon hearing her screams, one man jumped in. 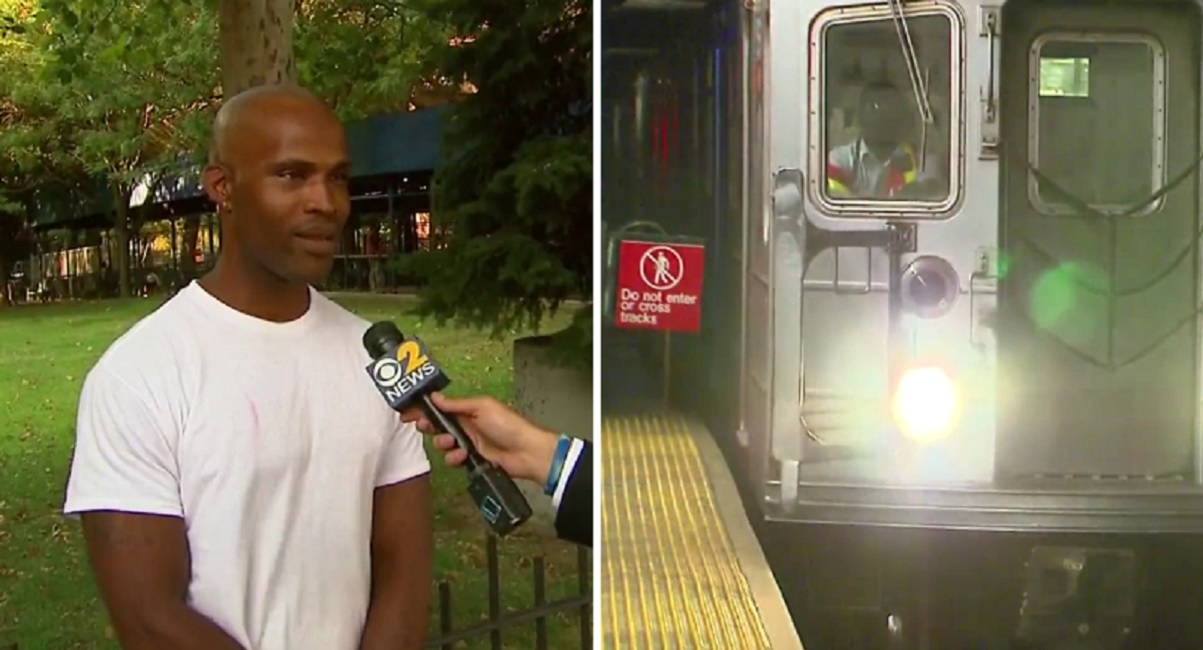 Maurice Osborne is not your average hero. He is currently living in a shelter while he studies to become a medical assistant and happened to be riding the No. 3 train that morning when he heard a woman scream.

Without needing to think about it, Osborne leapt into action and literally grabbed the young woman’s assailant by the collar, pulling him off of her.

As most criminals do, Dennica yelled that he wasn’t doing anything, but Osborne wasn’t having it. He dragged Dennica down to the police station while the victim followed to make her statement.

In an interview with the local news station[2], Osborne recounted the incident and the part he played in preventing further assault.

Dennica is being charged with assault and sexual abuse and is currently being held in lieu of a $150,000 bond.

Osborne is definitely one of those people we need more of in the United States and around the world. This kind of pure goodness is unfortunately more rare than we’d like to see. The man received stitches and a swollen right hand and yet he says he would do it all over again.

These days, people are so absorbed in their own lives that selfless acts are becoming increasingly less frequent. Let’s hope that people see this tale and are inspired to step in when they see or hear something suspicious taking place.