Liam McAlpine was just a normal 14 year-old just like all the others around the world. Nothing he said or did would ever make you question whether he was going through some heavy trials… Until he decided to talk about them.

A video recorded[1] by McAlpine revealed that many of his days spent at his high school were filled with hate and aggression.

He posted a few videos on YouTube that addressed his issues: 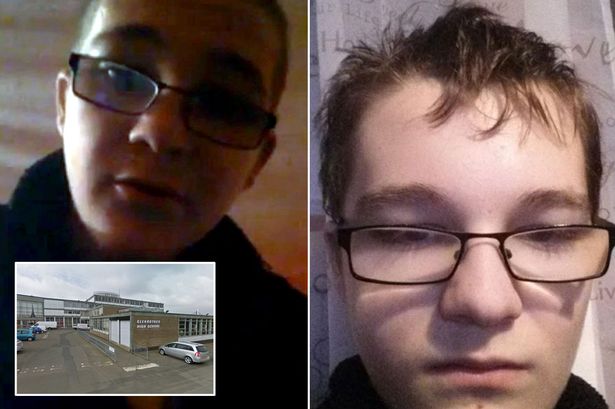 “As a kid, when I was young, everybody in primary school always got bullied. I was too afraid to tell a teacher because I thought they would come at me harder. And every day I took a beatin’ up, my friends as well got beaten up. We were too weak, too afraid to stand up for ourselves.”

He acknowledged that there is something to be gained from standing up for yourself and that’s when he created a call to action:

Ten days earlier, McAlpine posted a much shorter video, announcing to the world that he was gay.

McAlpine accepted that he may be a target for his sexuality, but he took a firm stand that he “didn’t care” and that it was something he needed to declare.

Lamentably, just two weeks after he posted his anti-bullying message, the father of the young man found him dead in his bedroom.

A representative for the Scotland Police said in a statement that McAlpine’s death is still cataloged as “unexplained” and that they are still looking into the investigation, though some reports believe prescription drugs may have been the cause of the young man’s death.