Young girl asked Internet how to be a fairy, the results almost killed her entire family

A new and deadly viral Internet game[1] has surfaced in Russia and the victims are little girls and their families. It’s built off a popular Italian animated show called the “Winx Club: School of Witches.” Little girls are urged to walk around a room three times chanting… then they are told to go into the kitchen and turn on all four gas burners, but don’t light them. Then they are to go to sleep to become a fairy. So far, there has been one casualty as a little girl lit the burners and caught on fire. She was seriously burned as you can see below.

This is just plain evil. Obviously, someone is hoping that whole families will die from this stunt. Rainbow, the company behind the original animated show, has nothing to do with this and no one knows yet where this originated. Some believe it is meant to cause panic among parents, but I see something much more sinister here. Somebody wants to kill by proxy and they are using children to push it. 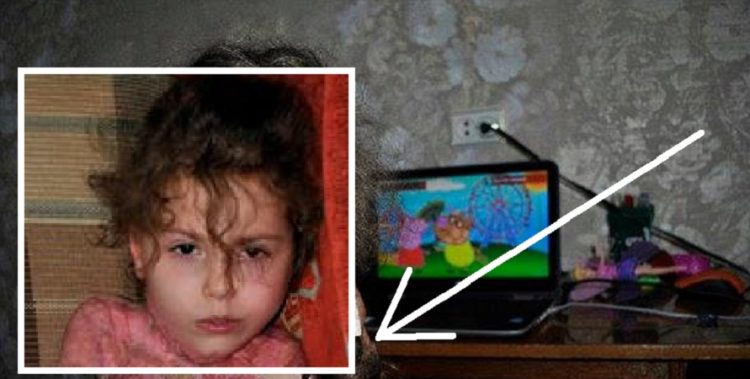 “At midnight when everybody is asleep, get up from your bed and go around the room three times, then say the magical words ‘Alfey kingdom, sweet little fairies, give me the power, I’m asking you.’

Then go to the kitchen silently so no one notices you or the magic of the words will disappear. Switch on the gas stove, all four burners, but do not light it. You don’t want to get burns, do you?

Then go to sleep. The magic gas will come to you, you will breathe it while sleeping and in the morning. When you wake up, say, ‘Thank you Alfeya, I’ve become a fairy.’ And you will become a real fairy of fire.”

Five year-old Sofia Ezhova was the little girl who was tragically burned playing the game. Although the game says to “breathe the gas in” rather than light the burners, either act can be deadly. Investigators in Russia have found thousands of requests online over the last month on “how to become a fairy.” It has them really spooked.

The meme is very alluring to children, especially because of the inclusion of “Winx Club” characters. This is another reason, regardless of where you live on this planet, that you monitor and check your children’s activity on the Internet. There are deranged bastards out there just waiting to take advantage of children for a multitude of sick and twisted reasons. Fortunately, this little girl survived. The next one may not be so lucky. 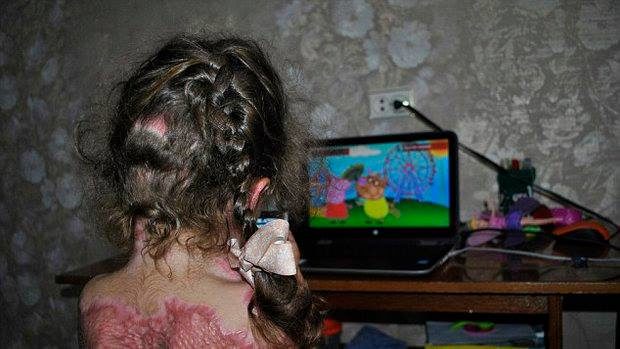 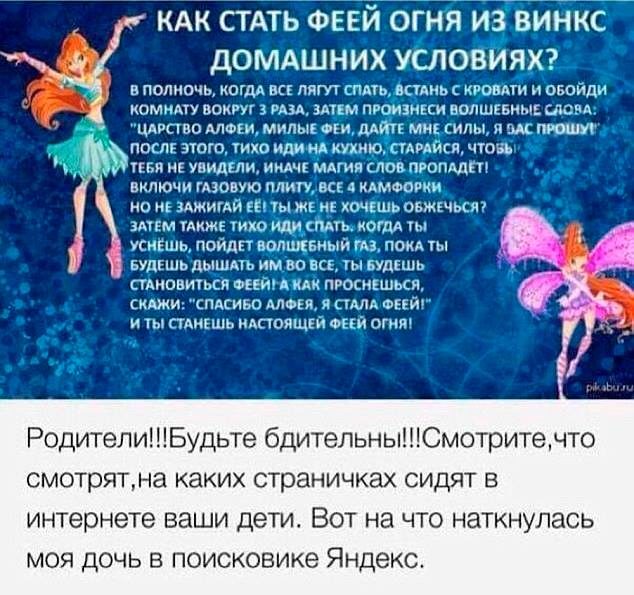