I was astonished when I read that Tesla had exceeded General Motors in market cap to become the USA’s most valuable carmaker. After all, GM sells cars by the zillions, whereas Tesla squirts out a handful of prohibitively expensive electric moonbatmobiles for liberal virtue signalers who have more dollars than sense. But then I remembered that when capitalism has given way to crony capitalism, companies don’t get ahead by building useful products that people want to buy, but by being the most beloved by Big Government:

Tesla sold fewer than 80,000 cars in 2016, its banner year, while General Motors sold more than 80,000 Chevy Silverados every two months.

Yet the total stock value of Tesla is worth more. Here’s why:

Tesla is supported by tax dollars from the federal and state governments. Federal taxpayers kicked in $7,500 to lower the costs for the first 200,000 vehicles. The taxpayers at the state level across the country are also subsidizing the innovative vehicle manufacturer at even greater rates. Colorado taxpayers kick in another $5,000, while California contributes $2,500 per vehicle.

According to the Los Angeles Times, Tesla buyers had garnered in excess of $284 million in federal tax incentives plus $38 million in California rebates. Tesla also makes hundreds of millions per year from other automakers by selling environmental credits in California and more than six other states to manufacturers that cannot meet California’s “zero emissions” sales mandates. Nevada gave $1.3 billion in subsidies to Tesla to build its huge battery factory there.

Tesla drivers get subsidized even after they have made their purchase. Since their vehicles run on coal (or whatever else produces the electricity) instead of gasoline, they don’t have to pay into the Highway Trust Fund that maintains the roads.

You won’t find many Teslas in the parking lot at Walmart. Ninety percent of electric car subsidies go to the wealthiest 20% of households. This is called “welfare for the rich.”

Maybe Elon Musk is as smart as the magazines say. He has figured out that it is not about making cars, but about making friends with left-leaning bureaucrats. 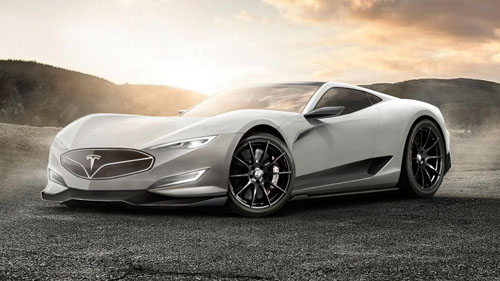 Driven by rich people, but largely paid for by you.

On a tip from R F. Cross-posted at Moonbattery.