This is just monstrous.[1] A 22 year-old and a 28 year-old have been caught in New Jersey running a fight club at a daycare between children 4 to 6 years old. The 28 year-old is a pastor by the way. The had a least one recorded fight where a dozen little boys and girls were thrown together and told to hit each other and push one another to the ground. The caretakers were yelling “Fight Club!” and quoting the movie during the encounter. I would bet there was more than one instance of this. They recorded it on a cell phone and sent it to Snapchat. Naturally, they got caught. The 22 year-old could get 5 years… the 28 year-old could get 18 months. They were charged with fourth degree child abuse. Parents are keeping mum. Look for lawsuits to follow. 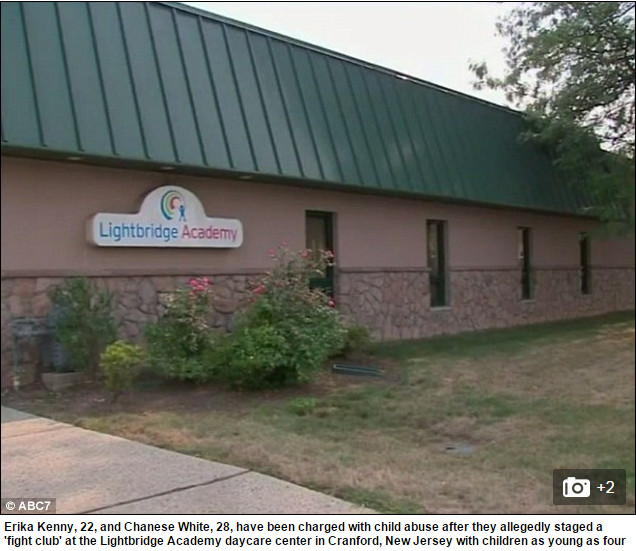 Two women were arrested after they allegedly staged a ‘fight club’ at the daycare center where they worked and incited a dozen children as young as four to shove and hit each other, authorities said.

Erika Kenny, 22, and Chanese White, 28, allegedly staged the fights at the Lightbridge Academy daycare center in Cranford, New Jersey on at least one day in August.

Kenny is also accused of recording a video of the children, aged four to six-years-old, fighting on her cell phone and then sending the 10-second clip to friends on Snapchat, prosecutors said.

The women have been charged with fourth-degree child abuse and Kenny also faces an additional charge of third-degree charge for endangering the welfare of a child, according to NJ.com.

Kenny can be heard on the clip referencing the scene – preschoolers and kindergartners hitting and shoving each other to the ground – as ‘Fight Club’ and quoting the popular book and movie, prosecutors said.

The Snapchat video sent on August 13 was discovered after someone recorded it, according to investigators.

It is not believed that any of the children suffered serious injuries but the case is still being investigated, Union County Prosecutor Grace Park told CBS New York[3].

Both women have been fired from the daycare.

Lightbridge Academy said they have been assisting the prosecutor’s office from the beginning of the investigation.

‘As parents and caregivers, we are shocked and saddened by this isolated incident,’ the daycare said in a statement.

‘While no children were physically harmed during this incident, we have a zero tolerance policy for anyone who acts in conflict with the core value of Lightbridge Academy – the safety and well-being of children.’

The incident has already concerned one mother whose son was in White and Kenny’s class two years ago and once came home from daycare with a broken finger.

‘It’s really freaking me out at the moment,’ she told NJ.com. ‘I want to go home and ask my son if he saw anything like this… now I’m worried about what happened while he was there.’

White, whose neighbors told NBC New York[4] that she is also a pastor, faces up to 18 months in prison. 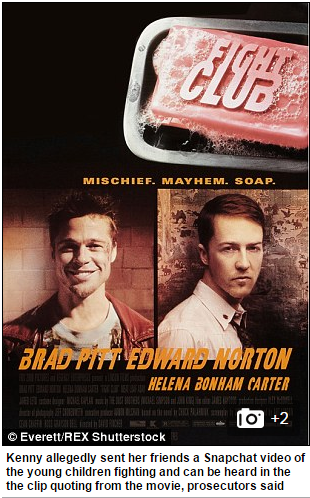