During last weekend’s 40th anniversary show for NBC’s Saturday Night Live only one cast member was ignored and forced to sit in an overflow room instead of the main room where all the celebrities sat. Why was she mistreated like that you might ask? Some feel it is because she is the only cast member who is openly conservative in her politics. 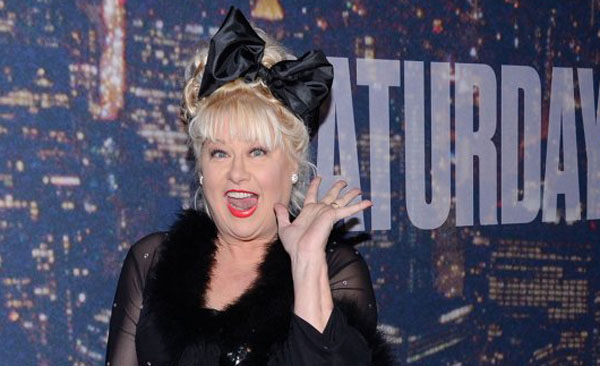 Victoria Jackson is an openly pro-traditional marriage supporter who has gone to conservative political events since she left the long running TV show.

But Jackson was thoroughly mistreated[1] at the SNL reunion show and many noticed.

Jackson, on her Facebook page, Twitter and in interviews, has mostly raved about Michaels and thanked the creator of SNL numerous times for hiring her in 1986, though she is also saying that she was the only castmember at Sunday’s event to be banished to an overflow room.

Some bloggers noted the oddity and were wondering if Michaels or someone else involved with the seating arrangements might have been sending a political message to Jackson, who is a Christian conservative, a Tea Party favorite and an extremely vocal critic of President Barack Obama.

While Jackson herself has been downplaying politics, she did speculate on a radio show Tuesday that her views about homosexuality might have played a role.

Jackson later wrote: “So, it’s still a mystery. Did Lorne Michaels’ beautiful 20-year-old assistant make a mistake and hand me the wrong bracelet? Was I blacklisted for disagreeing with the president/media’s ideology? Was it because I am a Christian? Is it because I believe in the Biblical definition of marriage and publicly spoke out against homosexual themes in primetime TV shows? Is Lorne ashamed of me?”

What do you all think? Tell us in the comments.