72 Yr-Old Woman Raped By Boy Migrant…Will Never Be The Same Again, Because Of HOW He Did It…

This is just monstrous.[1] I personally love Vienna, Austria and can’t believe that it has been reduced to this. Last year, a 72 year-old woman was walking her dog in a park popular with pet owners. While there, she noticed two young Muslim immigrants swimming in the river. At first, they were very nice to her. One helped the woman over an embankment. Then he fell on her from behind and raped her anally. He was 17 at the time and claimed he was drunk. His compatriot said he was unaware of the rape. I don’t believe either one of them. Almost as awful as the crime is, the sentence is just as outrageous. This demon only got 20 months for the act. He had to pay her 5,000 euros for compensation as well. That’s treating this elderly woman like a hooker. Do you really think money will heal this wound? Monsters. 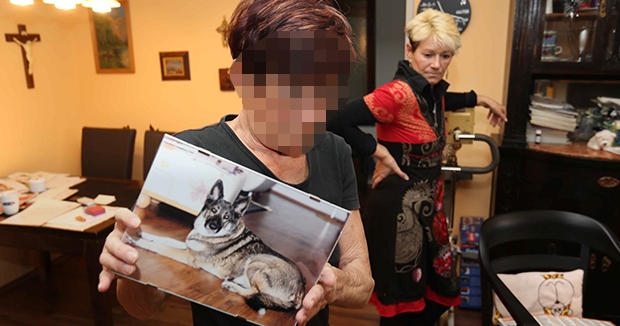 On Wednesday at the State Court in Vienna’s Neustadt an 18-year-old Afghan was sentenced to 20 months in prison without parole for rape. He also has to pay 5000 euros compensation to the 72-year-old woman, who has been very marked by the attack.

The incident on 1 September last year created a sensation: the penioner was walking her old dog in the Schwechat meadow near Traiskirchen in Lower Austria, when she encountered two young asylum seekers swimming in the river. According to an acquaintance of the victim in the witness stand, the boys were “also very nice” at first, they even helped the woman over an embankment. “But then one them fell upon her from behind.”

What exactly happened that afternoon in the meadow that is much loved by pet-owners, we did not learn at the trial, because the public was excluded during the testimony of the victim and the accused.

However, DNA traces confirmed that the pensioner was anally raped. The then 17-year-old Afghan was quickly caught. He does not dispute the crime, but says he was drunk. His friend says he wasn’t aware of the rape.

Christine F. takes her head in both hands and closes her eyes. “When I think about it, cold runs through my back. What did I do for that to happen to me?” She didn’t do anything other than be an infidel woman who was an easy target for this thug. This is another crime that you can thank elitists for. This poor woman’s daughter is a helper and an enabler of refugees. She says she prays her mother was unconscious during the attack. She wasn’t, I’m sure of that. Her daughter says she doesn’t blame Muslim refugees for this. She has even more sympathy for them now. WTH? Maybe if that had been her that was violated in that manner she might think differently. Unforgivable and unspeakable, all the way around. And guess what? This rapist won’t be deported after his sentence either. There are no words.