3,000 homeless children in Denver[1] – 13,000 homeless children in the Denver area… tell me again how this is not a Depression thanks to the Marxist policies of Barack Obama. A wonderful non-profit in Denver has taken it upon themselves to throw birthday parties for homeless children in the area. They go big and get the children presents they would never get otherwise because their families are struggling to just put clothes on their backs and food on the table. They also provide after school support for these kids. The Colfax Community Network is going a long way towards saving these children’s lives and futures, while putting a smile on their faces on their birthday. That’s a charity service we could all get behind. 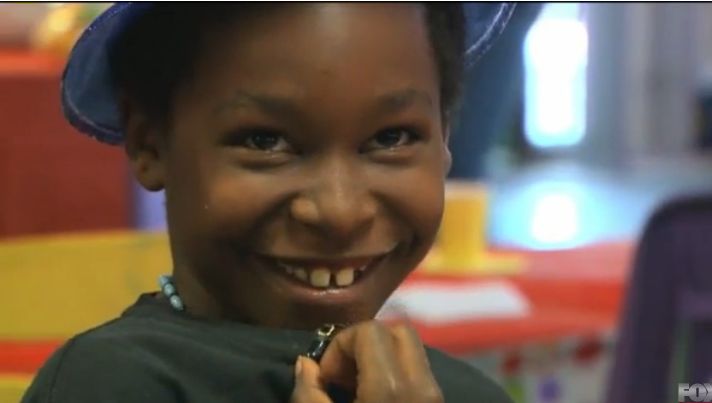 DENVER – When you’re a kid, nothing is more exciting than birthday parties.

And for the nearly 3,000 homeless children in Denver, the chance to celebrate life’s milestones with cake, presents and friends means even more.

Planning a party is hard work. Luckily Rise Justice is an expert.

“I think party planning is down to a science by this point,” said Justice, the Director of Birthday Smiles.

“I think this adds something to an otherwise very precarious existence that they have,” Justice said.

Every night, kids like Christian go home to subsidized motels like King’s Inn on the corner of East Colfax Avenue and Nome Street.

It’s an area filled with families who have nowhere else to go.

There are over 3,000 homeless kids in metro Denver, Justice estimates, some of whom have been living in a one-bedroom motel with their families for over four years.

“If this is the one good thing we can do for them, so be it,” said Justice.

For the past 15 years, Colfax Community Network has been helping homeless children and their families living along East Colfax. They offer afterschool programs for 25 homeless children between the ages of 7 to 13.

“This place is like a port in the storm. They can depend that these people are going to be here,” said Justice. “I realize their lives are hard and this may be the only birthday party they get.”

Giving a child the birthday party they deserve and receiving much more in the process – that’s what Birthday Smiles is.

“The look on their faces when they get something that they want is priceless,” said Justice. “That’s what I do this for; I can see the happiness in their face and I love it.”

To donate to Birthday Smiles, visit their website here[2].

The numbers of homeless and hungry are growing at an alarming rate. With an honest unemployment rate of somewhere between 21% and 30%, there are millions who have dropped out of the work force and are barely making it. Childhood should be a time of wonder and adventure – not a time of wondering where your next meal is coming from or if you are going to get murdered on the way home from school. I’m sure most of their parents just want to find work and provide for their families. They want to live in a safe space and raise their kids. Hopefully, a conservative such as Ted Cruz will be elected this next time around and America can start returning to the time where people can live free and are able once again to feed their families. Until then, we are fortunate to have organizations such as the Colfax Community Network and Birthday Smiles that help these little ones and bring a smile to their young faces.