Damn! That almost didn’t even look real, but it was all too real for those girls[1]. At least three girls were busy arguing and fighting in the middle of the street and then a car rammed into them. They were tossed like dolls and it’s a wonder they are still alive. The hood of the car that slammed into them was all bent and then he/she took off. In fact, everyone scattered and left, including the victims. Just surreal. Man… I would not be surprised if those girls headed for the emergency ward. They were hit full speed and hard. Just shocking how easy it is to harm people and get away with it. 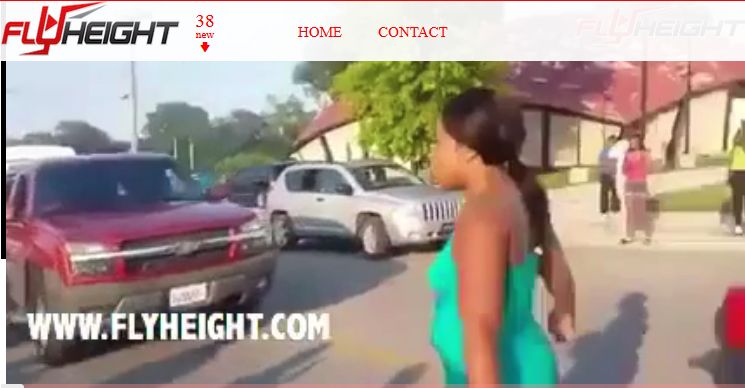 I may not approve of the way those girls were behaving, but no one deserves that. I don’t find this funny in the least – it’s dead serious. I hope the police nailed the person who did that. They had just enough time to hear someone in a car bearing down on them and turn around before they were hit like bowling pins. And baby, that was a strike… all of them were taken out at once. Which I’m sure was the intention. It was caught on two different videos as you can see below. The police should be able to track down whoever did that and arrest them for attempted vehicular homicide. Whoever that was driving meant to kill them. Only by the grace of God did they fail. That’s no way to break up a fight.