A jealous woman, aged 46, tried to cut her 82 year-old lover’s manhood off with a hacksaw

Jealousy is a special form of insanity[1]. This woman doesn’t strike me as too balanced to begin with… she has a lover, not quite twice her age and her demeanor just screams she is in need of deep, deep therapy. She must have been truly miffed. First, she beat him with her fists. Then she hit him in the face with a metal clamp. Then she took a model airplane to him – still trying to envision that one. For the final act, she got on top of him and took a hacksaw to his groin. If at first you don’t succeed… hack, hack again. 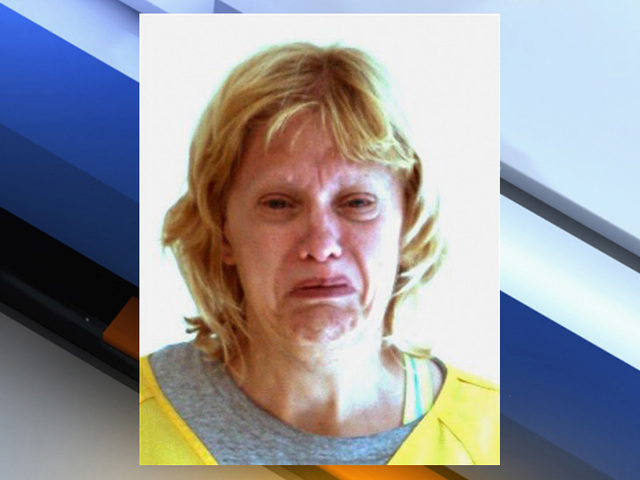 Bonnie Treaster, 46, of Centre Hall, has been charged with assaulting the
unnamed senior after police were called to his bedside at Mount Nittany Medical Center on Friday.

A Pennsylvania woman in ‘an outrage of jealousy’ sliced up her 82-year-old boyfriend’s groin with a hacksaw, police say.

Bonnie Treaster, 46, of Centre Hall, has been charged with assaulting the unnamed senior after police were called to his bedside at Mount Nittany Medical Center on Friday.

At the time, however, the man claimed an intruder had entered his home and assaulted him before he fled while bleeding from the groin.

When they visited him following his release, the man told police a different tale–one of a woman scorned.

While it was unclear if the man had cheated, he told police she attacked him with her fists and a range of household objects in ‘an outrage of jealousy.’

One of those objects was a model airplane. The man told police that Treaster struck him in the mouth with one during her fit of rage, according to their report.

Before that, police say Treaster chased the man into the home’s garage, where she struck him in the face with a metal clamp used to hold up exhaust pipes.

That’s when she got on top of him, ‘to the point he could hardly breathe,’ the Centre Daily Times[2] reports.

He says she grabbed a hacksaw and tried to pull down his pants in what may have been an attempt to hack off his genitals.

He managed to get away from her, he told police, and was trying to run toward where a passerby might see him, when he noticed he was bleeding from the groin.

Treaster then followed him in a pickup truck and the two went back home before finally going to the hospital for treatment.

According to Centre Daily Times, the man told police that he and Treaster made up the story of a unknown assailant while en route to the hospital.

Once there, the man needed stitches and had a minor brain bleed. A bloody hacksaw was found in the garage.

The man runs out looking for help and just then notices he’s bleeding from his groin area. Really? Because that would have been a big clue you are hurt. He also had to have stitches and had a minor brain bleed. What’s a minor brain bleed? A concussion I guess. The loving couple tried to hide her assault on him at first by blaming it on an intruder. Then the truth came out and Bonnie got locked up. She gets first prize for one of the worst booking photos I have ever seen of a woman. These two need to stay away from each other and Bonnie needs to seek help. Her lover is old enough to know better and needs to keep his Johnson in his pants.