China had a massive explosion Wednesday in Tianjin.[1] It was reminiscent of a nuclear blast. 85 are confirmed dead, but after seeing the footage, I don’t believe that. I believe many, many more died in that event. Over 700 have been injured. This morning there was a second blast in the same hazardous chemical storage facility. It’s like seeing a bombed out city in World War II. Just staggering. Why were people living so close to and around such a hazardous storage area? The blasts rocked Tianjin late on Wednesday night after a fire at a warehouse belonging to Ruihai International Logistics broke out. This is a firm specializing in storing and transporting hazardous goods. A giant mushroom cloud rose into the sky and the blasts reduced the surrounding area to rubble. The area is cluttered with high-rise residential buildings from which thousands of inhabitants have now fled. It now resembles an apocalyptic wasteland. 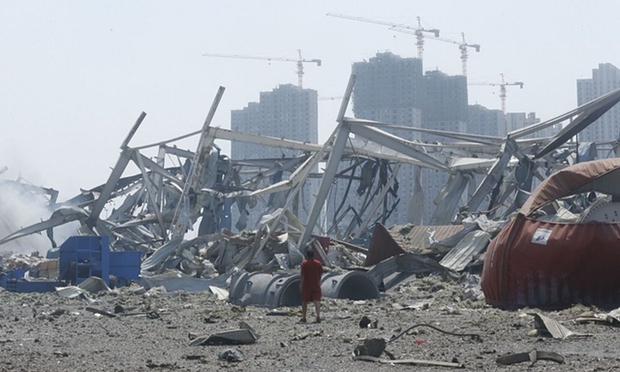 TIANJIN, China, Aug. 15 (UPI) — A second wave of explosions rocked Tianjin on Saturday and residents were asked to evacuate as plumes of smoke poured out of a hazardous chemical warehouse where 85 were killed earlier this week.

It is unclear what caused the second round of explosions Saturday. Chemical-warfare soldiers entered the core areas of the blast site to look for survivors, The death toll from the massive blast Wednesday stands at 85, including 21 firefighters, as of late Friday. More than 700 were injured and thousands are homeless after the blast, which is being likened to some 20 tons of TNT.

Authorities said a variety of toxic chemicals, including potassium nitrate, ammonium nitrate, calcium carbide and sodium cyanide, were stored at the site. Sodium cyanide, which releases cyanide gas, has leaked into groundwater, but officials said measures have been taken to block storm drains.

Residents are being told to wear face masks as the evacuation order was put in place about 2 p.m. local time, but many were confused about where to go and who should evacuate. Hours after the state-run Xinhua News Agency reported the evacuation, a Tianjin official denied there was any evacuation order.

Authorities said the main fire was extinguished on Friday night. State-run television showed hazmat teams in gas masks and protective gear trying to determine what toxic chemicals are present, some 36 hours after the initial blasts.

Authorities said the incident is the deadliest for firefighters since the founding of Communist China.

All residents within three kilometers of the blast site in Tianjin are now being evacuated amid fears of poisoning by sodium cyanide. The government is claiming there is no danger of the water being poisoned, but I don’t think anyone in their right mind believes that. No one seems to know what caused the second round of explosions, but I’m sure it was more chemicals going off. Toxic chemicals, including potassium nitrate, ammonium nitrate, calcium carbide and sodium cyanide, were stored at this site. 21 firefighters alone have lost their lives battling this. Now, the government is denying they issued an evacuation order. The Chinese never admit to anything and try to suppress whatever they can. What a tragedy – it looks and feels like the end of the world there. 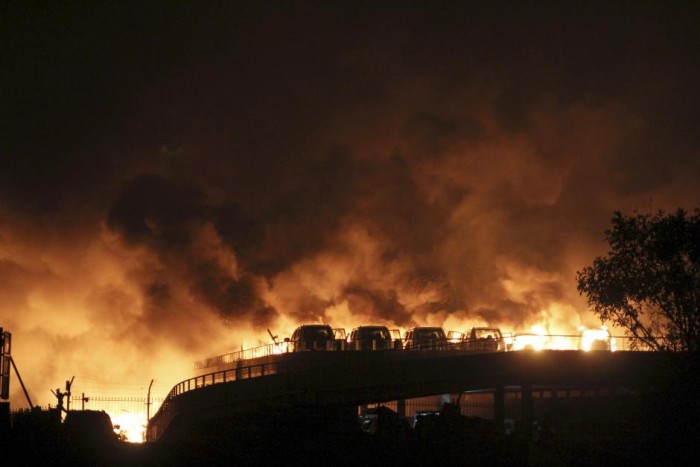 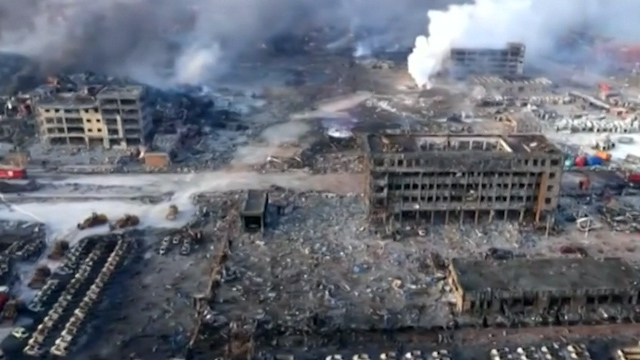