After Being Left for Six Months in the Same Chair, an 82 Year-Old Woman’s Legs Were Stuck in a Bent Position

Just horrific[1]. This poor woman’s death has been ruled by the coroner as homicide by neglect. I have a whole bunch of questions here… they mention a chair, not a wheelchair. If she was unable to get up, why wasn’t she in a wheelchair? Was she catheterized? Because she must have had a way to go to the bathroom. Who cleaned her and fed her and changed her clothes? I would definitely hold her sister and nephew at fault here. If she refused help from them, they should have forced her to get help rather than sit so long that she died of a clot in her lung. Not to mention deep vein thrombosis and a kidney infection. She must have been in horrible pain. 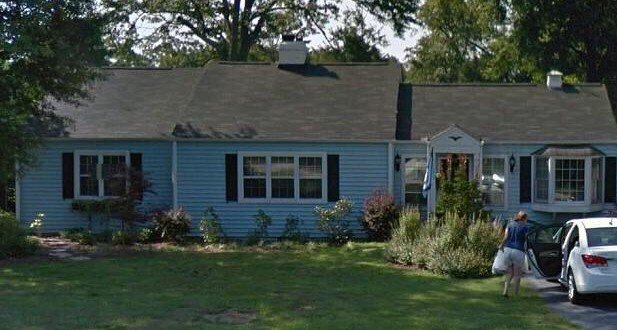 Greenville, South Carolina, NBC affiliate WYFF reports[2] that 82-year-old Barbara Anne Beam was found dead in her home, after allegedly being left in a stationary position by her caregivers for approximately six months:

“[Coroner Parks] Evans conducted an autopsy…and said that Beam died as a result of a blood clot that formed because of sitting still for so long. He said the manner of death is homicide by neglect.”

Beam’s caregivers, who have not been named, are under scrutiny.

According to the Associated Press[3], the scene was horrific. The backs of Beam’s legs were indented due to being in one position for so long. In fact, even after removing her from the filthy chair in which she was found:

“Her legs were still bent in a sitting position…”

Beam reportedly lived with her sister and nephew.

“…Beam’s sister told police she had been checking on her sister throughout the night, and when she woke up in the morning, she tried to give Beam some water, but she was unable to swallow it…The sister said she [later] found Beam slumped over…and could find no pulse.”

According to the AP[5], the case has now been turned over to prosecutors for review. Questions abound, including whether Beam’s sister and nephew will also face criminal charges.

How could anyone live like that? The firefighters who arrived on the scene said it smelled so bad, they had to use a fan to finish their task. The chair was soiled as well that she was in. What kind of family thinks it is okay to leave a woman in the same chair for six months? Checking on her would do no good – it was bound to kill her eventually. Her legs were locked in the bent position probably from lack of use and rigor mortis. These people weren’t caregivers – the deceased was paying the bills and that is obviously all they cared about. The poor woman didn’t even have any pants on when she died. Shame on the sister, but especially on the nephew – he could have taken care of her. Instead, he let her die in a wretched and undignified manner. Just disgraceful.