As I have stated before[1], if my children were young again, I would get them vaccinated. Yep, I know that there are a bunch of risks, but I think the risks of not getting them vaccinated are greater by far. This woman learned that the hard way. Now, I won’t get the flu or pneumonia shots… (a) I don’t think they work very well and (b) they give me what they try to prevent. That’s just me. But I wouldn’t roll the dice on my children. Not with Polio and TB making a comeback because of all the illegal aliens now coming in. Vaccinations have saved millions of lives – I’d hate for a child to die because we fear our government and wouldn’t get them a life-saving inoculation. 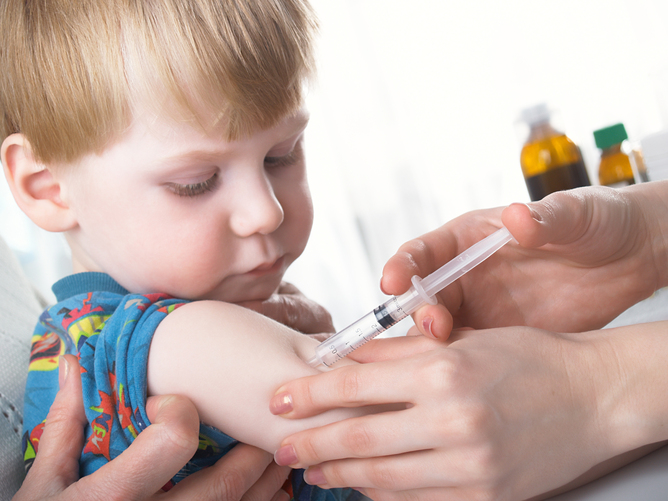 Writing on The ScentificParent blog[2], a chagrined Canadian mom announced that she is leaving the anti-vaxx movement after all of her seven children — four of them completely unvaccinated — have come down with whooping cough.

Writing from quarantine, and surrounded by sick kids, Tara Hills wrote she is “emotionally, a bit raw. Mentally a bit taxed. Physically I’m fine,” before admitting that not only are her own kids sick, but they may have exposed her five-month-old niece who is too young to be fully vaccinated.

What began with a cold brought into her home by her brother-in-law, turned into coughing by her kids leading to full-blown whooping cough in all seven children.

“My youngest three children were coughing so hard they would gag or vomit. I’d never seen anything like this before,” she wrote. “Watching our youngest struggle with this choking cough, bringing up clear, stringy mucus – I had heard of this before somewhere. My mom said I had it when I was a kid. I snapped into ‘something is WRONG’ mode.”

Jumping onto her computer, she discovered her children’s symptoms matched — almost perfectly — all the symptoms of whooping cough in a household that was woefully under-vaccinated.

“We had vaccinated our first three children on an alternative schedule and our youngest four weren’t vaccinated at all. We stopped because we were scared and didn’t know who to trust,” she explained. “Was the medical community just paid off puppets of a Big Pharma-Government-Media conspiracy? Were these vaccines even necessary in this day and age? Were we unwittingly doing greater harm than help to our beloved children? So much smoke must mean a fire so we defaulted to the ‘do nothing and hope nothing bad happens’ position.”

Hills explained that she had a hard time overcoming her biases and mistrust of “Big Pharma,” asking herself, “Could all the in-house, independent, peer-reviewed clinical trials, research papers and studies across the globe ALL be flawed, corrupt and untrustworthy?”

Now Hills says that years spent “frozen” out of fear of vaccinating her kids has the whole family frozen: confined to their home by a quarantine.

She said she hopes her mea culpa will make other families who have held back from getting their children vaccinated rethink what they are doing.

“Right now my family is living the consequences of misinformation and fear. I understand that families in our community may be mad at us for putting their kids at risk. I want them to know that we tried our best to protect our kids when we were afraid of vaccination and we are doing our best now, for everyone’s sake, by getting them up to date. We can’t take it back … but we can learn from this and help others the same way we have been helped.”

In the US, it is up to you whether you get your family vaccinated or not. That’s an individual choice. However, I would urge parents to look at all the risks on both sides of the equation before making a life or death decision such as this. It’s true the government could do evil things in this area, but it is also true if you don’t vaccinate, your child could get Measles, TB or crippling Polio. What you do also affects those around you and their children. All of that should be considered when you decide to vaccinate or not.