I will show you my faith[1] – what I believe – by how I live, by my works. – James 2:1-10. Aaron and Melissa Klein are an inspiration to all of us. They literally live their faith. The Christian couple has now been fined $135,000 for refusing to make a cake for a gay wedding because of their religious beliefs. They are still fighting that ruling and will to the very end. They won’t leave it for another to suffer their fate at the hands of a bunch of godless bureaucrats. In that spirit, they made ten cakes to send to gay rights groups. They are lovely cakes made in a red, white and blue theme… on the top is a red heart that says, “We really do love you!” It shows true Christian giving and the precept of loving those who hate you and would instead persecute you. 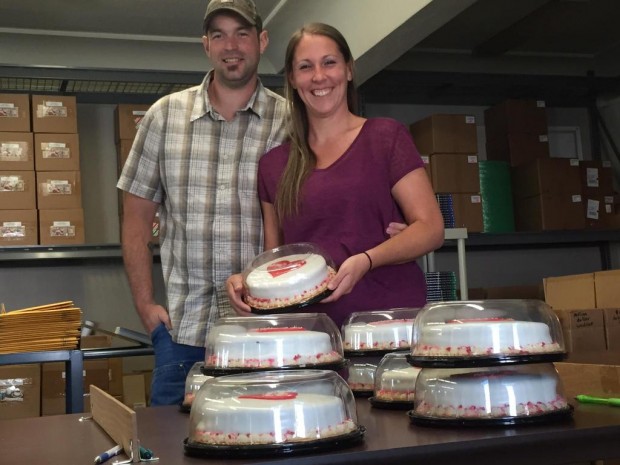 Aaron and Melissa Klein, the owners of Sweetcakes by Melissa, were ordered by Oregon state officials last month to pay $135,000 in damages[3] after they declined to make a wedding cake for a lesbian couple. Now, the bakers are sending a powerful message to gay rights groups.

The Kleins, who continue to defy a July 13 order from Oregon’s Bureau of Labor and Industries, decided this week that they wanted to let gays and lesbians know that, despite ideological and theological differences, they love and care about them.

The husband and wife duo baked 10 cakes, packaged them up and drove to California, where they collaborated with Ray Comfort — the Christian leader who recently released “Audacity,”[4] a movie about homosexuality — and mailed them out to gay rights groups on Wednesday.

“We had been speaking to Ray about the movie, and Ray came up with the idea — ‘What about sending [gay rights groups] cakes?’” Melissa Klein told TheBlaze on Thursday. “And I was like, ‘Oh my gosh, that is such an amazing idea.’”

From there, she said that she and Aaron spent time coordinating with Comfort to come up with a shipping method that would keep the cakes intact for proper delivery.

The Kleins drove down to meet Comfort in California, where they shipped the cakes along with a letter, a $25 gift card and a copy of “Audacity” with each package.

Each 8-inch cake was frosted white with red, white and blue swirls — an intentional color scheme that Klein said she hopes will send a powerful message.

“We wanted to have the cake represent freedom — that we all should have freedom and to live our lives the way we want to,” she said, noting that she believes gays and lesbians should be free to live as they choose. “But I also feel like I should have the right to live the way I want to, and that should be my choice.”

Klein is hoping that the cake, letter and gift card packages will send a message of goodwill. To drive that point home, in the middle of each cake is a heart with the words, “We really do love you.”

Klein said she isn’t expecting to hear back from the groups they sent cakes to, though said it would be “awesome” if any subsequent interactions did happen.

“Our actions were not done with hate,” she reiterated of the cake refusal that landed her and Aaron in the headlines.

As TheBlaze previously reported[5], problems for the Kleins began in 2013 after they declined to make a wedding cake for lesbian couple Rachel Cryer-Bowman and Laurel Bowman-Cryer based on the bakers’ religious views; the government subsequently awarded damages to the women.

The Kleins have filed an appeal in an effort to dismiss the $135,000 in damages and have not yet handed over any money, despite a July 13 order — an act that could potentially land them with additional penalties.

“In my heart, I felt like if we give anything we are giving in and giving up this fight and setting this precedent for the next person in line,” Klein told TheBlaze. “We’re still fighting this.”

As for their latest cake gesture, she said that she and Aaron have plans to continue sending cakes to other gay and lesbian rights groups in the near future.

“Our plan in this was definitely not to become a publicity issue or stunt,” she said. Instead, she said, she’s truly hoping to send a message of love.

This wasn’t done for publicity or to be relevant… the Kleins did this to show that they truly do love everyone. They also wanted to show these people that they just want the same rights afforded to gays. Their First Amendment rights were stripped from them – their right to freedom of religion was taken away and they are being told they must comply and do something that violates their Christian beliefs. They won’t do so, no matter the cost. How would the gay community feel if they were forced to go to church, be baptized and pray? That would be just as wrong. Surely there is room enough in our country for freedom for all and not just for a select group. The true victims of discrimination here are the Christians. These couples can go anywhere for their weddings… instead they choose to force others to comply or go out of business. That’s reprehensible and the government mandating it is tyrannical and despotic. The Kleins show what it truly means to love thy neighbor – even if they mean you ill. 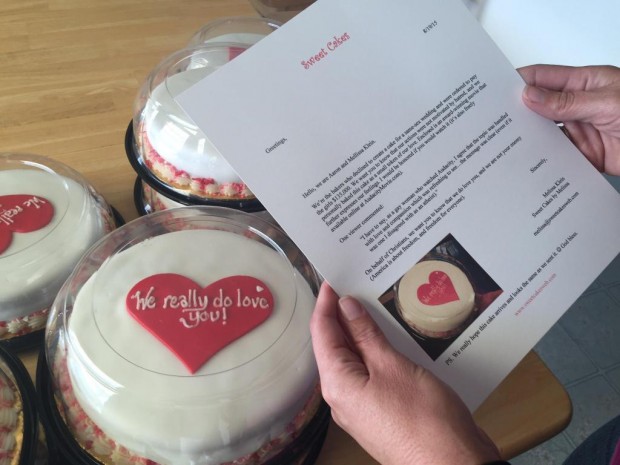