The City of Baltimore has done a preliminary cost analysis of the recent riots and decided that the damage amounts to some $20 million. And now the city wants to send the bill to FEMA and have all the rest of us pay their bill. 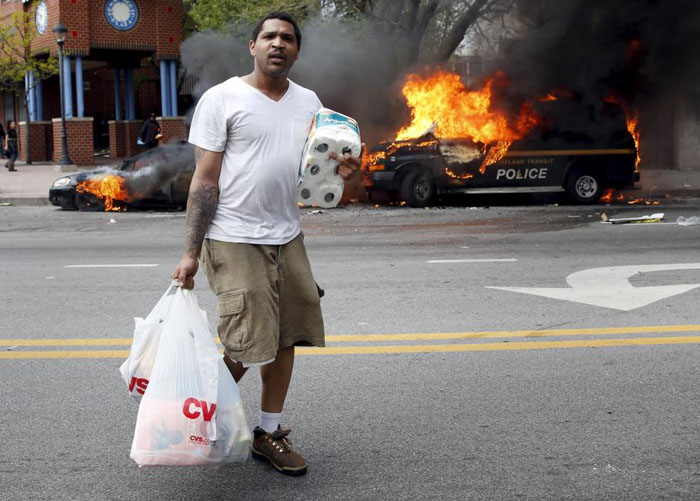 The city has come up with its estimate and is planning on using discretionary funds for some of the costs. But tucked into the Baltimore Sun story[1] is this…

Henry J. Raymond, Baltimore’s finance director, said the city can temporarily cover the costs from its rainy day fund while seeking reimbursement for up to 75 percent from Federal Emergency Management Agency.

“The city remains on strong financial footing,” Raymond said. “Hopefully, with the FEMA reimbursement, it will reduce the financial stress that we’re under. In terms of the city’s overall revenue structure, we’re on firm footing and we’ll move forward.”

Get that, America? Baltimore wants YOU to pay for its riots.