Bill Maher INFURIATES Leftists: ‘I Wish Liberals Were as Intolerant of Muslims as They Are Christians’

I have never been a fan of Bill Maher’s.[1] He’s rude, crass, opinionated and vile. But you have to give credit where it is due… Maher gets it absolutely right when he rails against Islam and leftists. He doesn’t hold back either. He’s just as brutal with liberals as he is with conservatives and everyone inbetween. He’s consistent. Maher points out that the left gives an absolute pass to Islam and Jihadists while endlessly attacking Christians, who pretty much wouldn’t hurt a fly. It’s hypocritical in the extreme and Maher is one liberal who gets it. We don’t cut off heads, torture, rape, mutilate and crucify people. Rome is now covering up their statues when asshats such as the Ayatollah Khomeini from Iran visit, so they won’t be ‘offended’ and goaded into cutting someone’s head off or raping the nearest female. It’s obscene. The Pope is being subservient to Muslims. He is capitulating to them using deference. Slaves do such things and nations fall because of this kind of weakness on display. 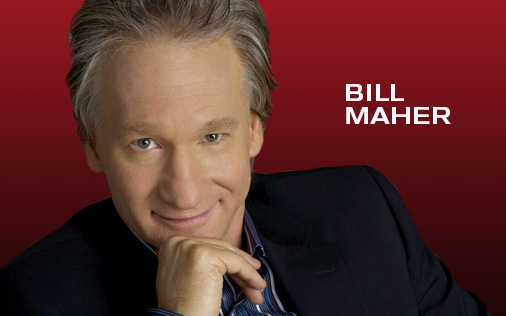 BILL MAHER: This is the horribleness of what’s going on in Rome. Oh my God, naked titties and tiny penises! This is what they did. I think people are mixing up two things: tolerance and capitulation. It’s one thing to be tolerant of another culture, but this is our culture, you know? Christianity had a problem with titties, in like 1300. We got over it. So we shouldn’t change our culture to a more backward culture, should we?…

MAHER: You know what? Except when it happened in this country, the liberals laughed at him. And they opposed him. I wish they would have the same enthusiasm for intolerance elsewhere in the world as they do for Christians here at home who really aren’t a problem because they don’t really get their way. It’s laughable.

What we are seeing across the globe is a surrender to Islam. It is cloaked in language that uses inane words such as ‘diversity’ and ‘inclusiveness’. Maher is incensed by all this. He can’t believe the utter moronity of those who defend such butchers. This is one time you will see me stand with Bill Maher in total agreement. This two-step of crying over moderate Islam is going to get all of us killed or worse. What sets ISIS and Boko Haram apart is that they are true and devout followers of Islam. It is a warrior religion… a broken theocratic political construct that has zero tolerance for others. It is brutal and barbaric and it is rapidly spreading across the globe. Leftists have gone full on nutso over this issue. One moron in Germany sad she would rather have the rapists that are endemic to the Islamic faith than racists. You cannot be racist towards a religion, you blithering idiot. Wonder if she’ll feel that way when the rapefugees pay her a personal visit. Hope it was worth it. The liberals are welcoming subjugation and national suicide instead of confronting evil and the enemy. Europe is pretty much done for unless they have a mass uprising and stop the Islamic hordes. The US is not far behind unless we wake up like Maher is pushing people to do and see Islam for what it truly is and fight back.