Apology not accepted[1]. I don’t believe her. It was a racist statement… we all eat alike. Shopping at various stores depends on what you earn and there are poor white people and rich black people. Montgomery’s argument doesn’t hold water. I live in an upper middle class neighborhood where our grocery store just shut down because it didn’t make enough money. If you want someone to blame, look to Barack Obama and his economic policies. The depression he has forced the country into is destroying businesses left and right. You’re not getting gentrified… you’re getting progressified. 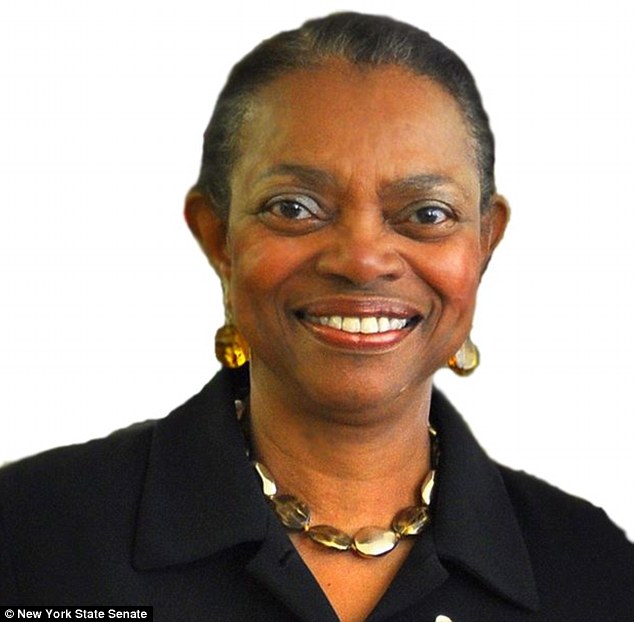 An African-American Brooklyn state senator has been forced to apologize for saying white people eat differently to black people.

Velmanette Montgomery was slamming the imminent closure of Key Food supermarket as a sign that the New York City borough is becoming gentrified.

Speaking to The Brooklyn Paper on Tuesday, Montgomery (D-Clinton Hill) said: ‘Supermarkets are an important part of the community. It’s an important amenity, especially for black and brown communities.

‘It was an unfortunate statement and I didn’t mean to offend anyone,’ she told New York’s WCBS-TV.

Montgomery claims she was trying to explain that the neighborhood’s low-income families would not be able to afford produce sold in an upmarket supermarket or boutique store.

The landlord of the eight-story building which houses Key Foods said he hopes to lease the space to another supermarket after the closure in May.

Her apology was weak and insincere. Supermarkets are an important part of any neighborhood and all across the country we’ve been hit hard, with more to come. The inflation that the government is hiding is forcing people to shop wherever they can get the very best deal. I’ve got news for you… even if someone is making six figures, chances are they live paycheck to paycheck and have trouble figuring out what they can buy. I know that is a shock to you – it’s called being broke at a different level. Your statement is not only racist, it is class discrimination and pigeonhole thinking. Before you start throwing the race card around, maybe you should find out why the store is closing and do something about that.