Lies and more damned lies[1] is all you get from the Black Lives Matter crowd. They are violent, radical race hustlers who believe if you spout a lie long enough and loud enough, everyone will believe you. You would think listening to these thugs that cops were actively hunting down black men and killing them for sport. That’s a monstrous lie. According to the latest data from the FBI and the CDC, 429 people a year are killed by police in legal interventions. That means justified shootings. BLM is just throwing numbers out there and making crap up to make the police look bad. They are intent on ginning up cop hatred, so officers will be murdered. That’s what it adds up to. The biggest enemy of criminals and radicals are the police. 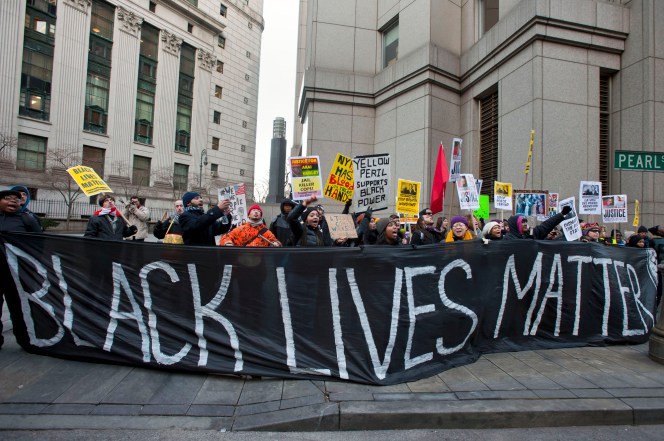 This will no doubt send a giant shiver down the backs of every supporter of the Black Lives Matter movement.

As The New York Post reports[3], according to what you’re hearing from activists, “bloodthirsty, racist cops are blasting black men like clay pigeons at a shooting range. The pace of this alleged slaughter is breathtaking.

If true, killer cops are rubbing out some 313 innocent, law-abiding blacks annually.

Rise Up October asserts that there are “over 1,000 people a year killed by police.”

Except it’s not true, by a long shot.

University of Toledo criminologist Dr. Richard R. Johnson examined the latest data from the FBI and Centers for Disease Control.

From 2003 through 2012, law-enforcement officers killed an average of 429 people per year in “legal interventions.” These include a relatively small number of innocent people killed by cops and many more who died due to reasonable use of force.

But the biggest problem black men face is that their black lives don’t matter to other black men.

On average, 4,472 black men were killed by other black men annually between Jan. 1, 2009, and Dec. 31, 2012, according to the FBI’s Supplementary Homicide Reports. Using FBI and CDC statistics, Professor Johnson calculates that 112 black men, on average, suffered both justified and unjustified police-involved deaths annually during this period.

The notion that America’s cops simply are gunning down innocent black people is one of today’s biggest and deadliest lies”.

But as black conservative, radio host, humorist and author Kevin Jackson points out in his new book, Race Pimping: The Multi-Trillion Dollar Business of Liberalism[4], it’s not only a big lie, it’s a very, very profitable one.

Race pimping has cost America TRILLIONS of dollars, because there’s big money in race guilt. Politicians line their pockets and those of family and friends, while delivering little to nothing to their constituents or the community at large.

Jackson says, “At the time I wrote this book, I had no idea that the ridiculousness of Ferguson would have occurred, and morphed into the racist and equally idiotic movement, #BlackLivesMatter.

In the book I humorously chronicle what happens every time somebody black feels “oppressed,” yet how often black people are the OPPRESSORS. The latter is generally ignored, and when it’s not, a plethora of excuses are given for silly “coloreds.”

So when I wrote the book, it was meant to shine the light on how much money is spent on the ignorance of liberalism in all aspects of society. Companies are extorted, education has become putrefied with liberalism, and then there is the pervasiveness of liberalism and its cost on society at large. The police are now afraid to what? POLICE!

Michael Brown is a thug who has been elevated to the level of civil rights icon. That just about says it all!”

But this is the crazy, mixed-up world in which we live, folks, where the liberal media has been able to drive false narratives. After all, as they say, if you repeat a lie often enough it becomes the truth.

All we can do is change opinions one person at a time. So here’s a holiday gift idea: Why not give copies of Kevin’s book[5] to your liberal friends for Christmas? You’ll either end up with even better friends, or they’ll cross you off their list for next year and you’ll save money!

Roughly nine times as many black men are killed by other black men in a given year, compared to cop shootings. For every black man — criminal or innocent — killed by a cop, 40 black men were murdered by other black men. That’s staggering. The Black Lives Matter crowd should be looking into their own neighborhoods and culture versus the faux persecution by cops. They portray the NYPD as the worst out there, but did you know that the boys and girls in blue on the NYPD only killed eight people last year and just four of them were black? (That doesn’t include Eric Garner – who was put in a headlock and may have died of a coronary resisting arrest.) Of course you didn’t. That goes against their hate-filled propaganda. The four that were killed were armed with cutting instruments (scissors, a hatchet, a boxcutter and a knife) and wielded them when they were fatally shot. This is what they are calling genocide in the black community. It’s ridiculous and nothing but radical lies. 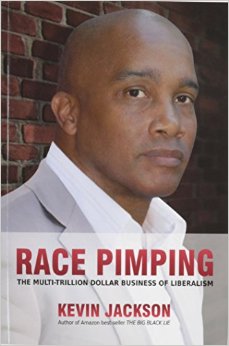