Looks like Blake Shelton and Gwen Stefani[1] are really in love and I wish them the best. It’s sad that both their marriages ended, but at least they now have each other. America seems to love the new romance and can’t get enough of the couple. Shelton is not only a celebrity, but somewhat of a hero in Oklahoma. He’s known for rescuing people in trouble here. He seems like a genuinely good guy. I have always liked Gwen Stefani of No Doubt fame. Both of these people have tremendous talent. They are not shy either as they show off their love for the world to see on The Voice. They are each other’s world and they make a fantastic couple. 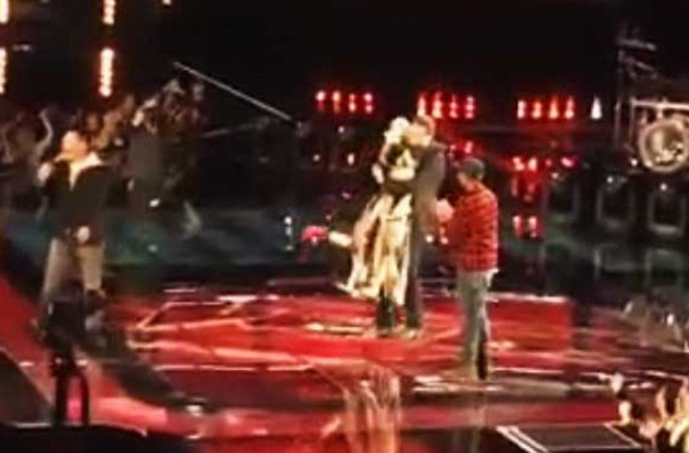 Now that’s giving them what they want.

Gwen Stefani and Blake Shelton have made it television official, showing off their new romance on The Voice on Monday night.

There was more than a few ‘awwws’ from the live studio audience as the pair shared some PDA before the show started to air.

A journalist from Brazilian entertainment site Hugo Gloss[3] was in the audience of the singing competition and captured in video the moment the pair came out on stage and made it clear that there is no more hiding their relationship.

As Gwen was announced, the 46-year-old skipped out on to stage and ran straight into the arms of her country beau – literally.

The fellow judges gave each other a big embrace and then Blake lifted the petite blonde off the ground and spun her around.

As they did, the crowd cheered louder with many, including host Carson Daly, saying ‘awww’.

They were no the only two showing their love on Monday, fellow judge Adam Levine got an advertisement break visit from his wife Behati Prinsloo.

Hugo Gloss captured the pair not showing PDA, but instead having a little dance off to Montell Jordan’s This Is How We do It, that Adam might have won thanks to some impromptu twerking.

Now that the Gwen and Blake have gone public about their workplace romance, fans can no doubt expect a few more moments of PDA this season.

The couple went public about their relationship last month following a lot of speculation after Gwen split with husband Gavin Rossdale.

Gavin and Gwen ended their 13 year relationship in August, but reportedly the No Doubt star pulled the plug after finding out Gavin was having an affair with their nanny.

The Bush frontman has yet to comment on reports he and the younger Australian nanny, Mindy Mann, were involved.

Just prior to the announcement he was dating Gwen, the country star tweeted: ‘So many great things happening in my life.’

Gwen’s ex Gavin is a handsome man from Australia. He strayed with the nanny and lost his wife over it. Blake and Miranda split evidently because Blake was smitten with Gwen. I hope things work out for all of them and they find happiness. It’s a rare thing in this world these days. I expect to see lots of videos and pics of Blake and Gwen in their new romance. Americans hunger for a happy ending and take joy in the love of others. Shelton takes ribbing from everyone over his relationship with a smile and a shrug. Sometimes fairy tale endings do come true. Maybe this is one of them. The world watches as these two love song birds romance their way into America’s heart. 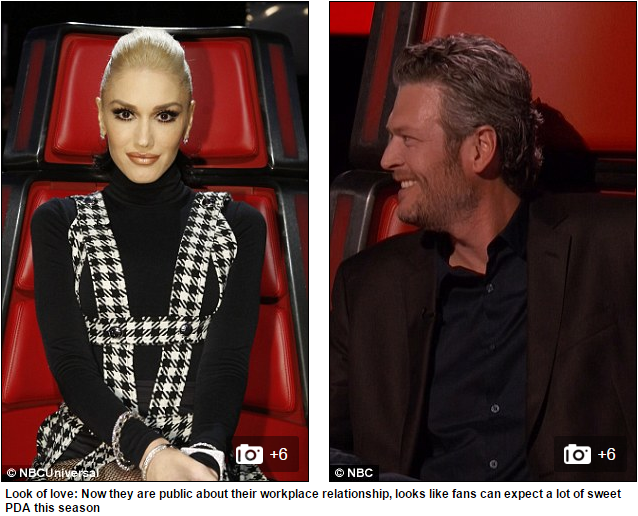 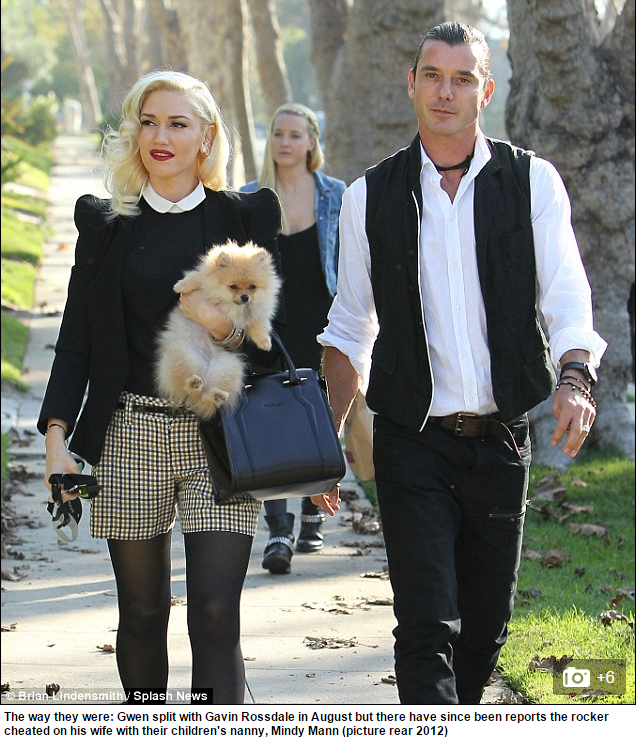 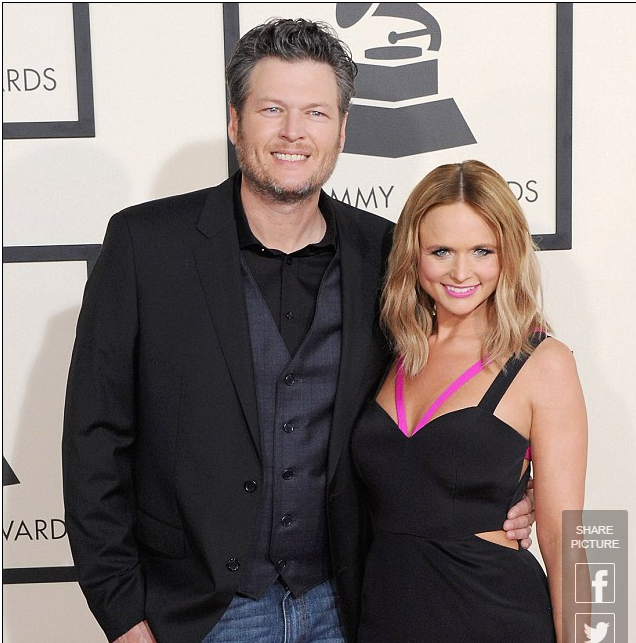