I am thrilled for Blake Shelton and Gwen Stefani…[1] but I feel bad for Miranda Lambert. Every time one of these rumors circulates, it must stab her in the heart. I have heard for a while now that Gwen may be expecting. First she denied it and said they plan to start a family in a year or so. But the rumor isn’t dying and according to certain sources, including her friends, she is indeed pregnant. If so, they must be ecstatic and I wish both of them much happiness on their impending arrival. 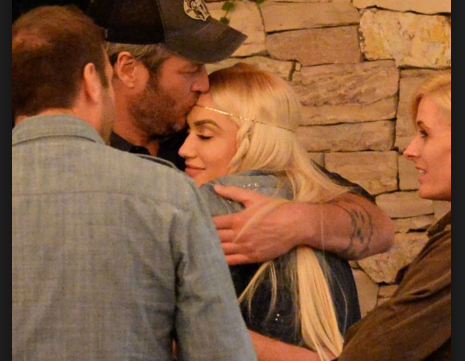 Blake Shelton and Gwen Stefani have been dating for a few weeks now. Within that short amount of time it’s surprising to hear more rumors.

According to a source[3], the Inquisitr, there have been whispers that Gwen could be pregnant.

The source claims that:

“Gwen is pregnant. She and Blake are overjoyed. He’s always wanted to have kids and now his dream is coming true.”

Miranda Lambert has a new boyfriend now, so she is moving on. There is even word that she and Gwen are now friends. I hope that is true. Source after source is now saying that Stefani is in a family way. Apart from being happy in their new found relationship, Miranda Lambert and rumored pregnant Gwen Stefani[4] think highly of each other and may even end up becoming BFFs. “Gwen and Miranda are actually big fans of each others’ music and respect each other as artists. Miranda has always thought very highly of Gwen and thinks she is an extremely talented artist,” a source told E! News. “Gwen thinks it’s great that Miranda is dating and in a happy place!” So, maybe in the end this all works out for everyone involved. Fans are shocked that the relationship between Stefani and Blake has moved so fast and has now reached the family stage. They seem to be truly in love with one another.