Via the tabloids that is.[1] I’m still not entirely convinced that Gwen Stafani is pregnant, but they have not denied it and the rumors are getting stronger and stronger that she is indeed in a family way. If so, Miranda Lambert must be hurt by this. She may have moved on, but it must smart that so soon after they parted ways that Gwen is pregnant with Blake’s child. The latest rumor is that the two will move in together. Whether she’s pregnant or not, that would not surprise me at all. I’m sure that Blake will make a great father and Gwen already has three children. It seems like a family destined to be. 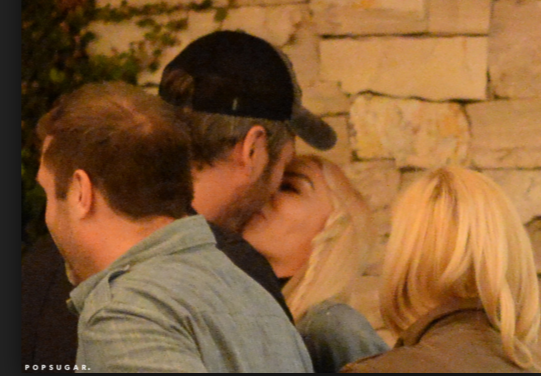 It has been reported that Gwen Stefani and Blake Shelton might be planning to live together soon as new reports claim that the No Doubt frontwoman is pregnant with Shelton’s child.

According to In Touch magazine (via Celebrity Dirty Laundry[3]), the 46-year-old singer is pregnant and she’s reported to be predicting a girl. The “Hollaback Girl” singer is already a mother to three boys—Kingston, 9, Zuma, 7, and Apollo, 1, and according to the magazine’s source, Stefani’s alleged pregnancy feels “different” this time around.

The insider said that the child will definitely spoiled by the country singer, as he is eager to be a father.

“Blake is going to spoil her like crazy. Whatever she wants, she will get,” said the source, adding that the 39-year-old is very generous with his own nephews and nieces and that the child will have Shelton “wrapped around her little finger.”

If their country fans are shocked by these developments, I’m not. It was a sure thing that these two would get married and have children together and soon. But the media is just drooling over this and making crap up. I’d like to hear from Gwen herself if she is expecting, not some rag. If she is pregnant, she won’t be able to keep it quiet for long. And she might want to hurry up… 46 is getting up there to have a baby. Just sayin’. Shelton wishes the tabloids would pick one story and stick with it. I agree. The country star also quoted Jerry Seinfeld in another tweet, writing, “People who read tabloids deserve to be lied to.” Too true.