After debunking rumors[1] that Blake Shelton and Gwen Stefani were caught having sex at “The Voice” wrap party, we are now onto the news that Stefani is ready to have a baby with Shelton. That’s not surprising as the two are very much in love. Ever more rumors are circulating that Gwen is already pregnant. I guess we’ll see. “Gwen has told friends that Blake is the one and wants to make it official with having a baby,” the source told Hollywood Life. “She doesn’t want to rush but later next year she would be happy to get pregnant if it is safe.” Sounds to me like they are being very sane and steady about this. 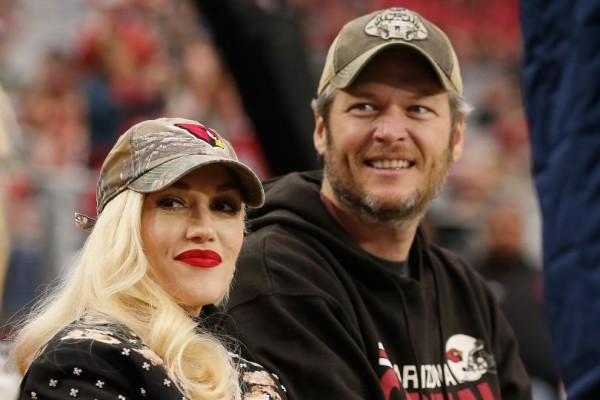 From the International Business Times:

After rumors that Gwen Stefani is pregnant with Blake Shelton’s baby, a report surfaced that the couple was caught having sex at “The Voice” wrap party, the National Enquirer reported. However, Gossip Cop debunked the report saying that Shelton and Stefani were not “caught in the act.”

According to Gossip Cop[3], the National Enquirer report did not mention the date of the incident. The report cited a source, saying the two were so into each other that they did not notice that someone was watching.

Since reports that Stefani and Shelton were dating surfaced, several rumors have made the rounds, including the recent one which claimed that the two would soon start a family together. Both Stefani and Shelton got divorced last year from their respective partners — Gavin Rossdale and Miranda Lambert — and went public with their relationship in November 2015.

On Monday, Hollywood Life reported, citing sources, that Stefani is ready to have a baby with Shelton.

The rumor of Stefani being pregnant is most likely untrue, just as the rumor of the couple getting engaged before Christmas was incorrect. It is better to wait and hear things from the actual couple instead of jumping to unverified conclusions. The couple, who started dating after their divorces from their respective partners, has been seen together constantly over the last month. Most recently, Stefani and Shelton were spotted enjoying a wine tasting session at Mosby Winery in Santa Barbara, California. Earlier in December, the duo was photographed during a date night at Casa Vega Mexican restaurant in Studio City, California. It would seem that people just can’t get enough of this couple. It looks like they are busy making family plans which will thrill their fans. Still, you can’t help but feel badly for Miranda Lambert in all this.