I understand from Sipsey Street Irregulars[1] that the traffic stop was a set up. All of this was unnecessary. People were leaving the standoff and it was winding down. Now, one man is dead and eight are in custody. I’ve lived in John Day… I simply can’t believe this is happening there. It is tragic and such a waste. LaVoy Finicum was killed in the incident. Ryan Bundy was wounded. I’m hearing reports that Finicum charged the officers and was killed for it. I’ve also heard a sniper took him out, so things are confusing. Finicum was a Mormon rancher from Arizona and leaves behind his wife of 23 years, 11 children and 19 grandchildren. 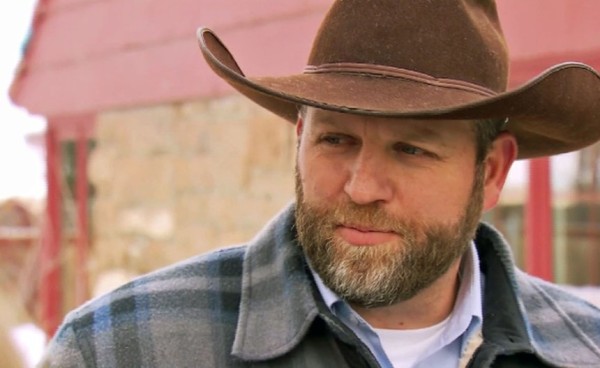 It all began with a traffic stop while Bundy and some of his followers were en route to a community meeting at a John Day senior center, about 70 miles north of Burns.

Shots were fired after FBI agents, Oregon State troopers and other law enforcement agencies made the stop on US Highway 395.

All of them are facing federal felony charges of conspiracy to impede officers of the United States from discharging their official duties, through the use of force, intimidation or threats.

LaVoy Finicum, an outspoken member of the armed group who would often speak at news conferences in place of Bundy, was shot and killed during the confrontation. Ryan Bundy suffered a non-life threatening injury in the shooting.

Finicum at one point said he would rather die than be arrested. Looks like he got his wish. These are not terrorists. Maybe they are misguided… I don’t think they should have been doing this. It was pointless and had zero chance of success. It was doomed to end badly from the start. But no one should have died over this. Loretta Lynch had to give her blessing for this op. This just stinks. The feds will be lucky if this doesn’t start a movement of its own. I said in the beginning this would threaten all of us in the end and that is what it is doing.