The Jodi Arias case was a sick, twisted affair.[1] Arias, 35, was arrested in 2008 for the murder of her ex-boyfriend Travis Alexander, 30, who she shot dead, stabbed repeatedly and slit his throat at his home in suburban Mesa, Arizona. It was a bloodbath and the woman, at least to me, did not seem remorseful. She’s a stone cold psychopath. They say when he talked of dating someone else, she snapped and slaughtered the poor guy. A new book is coming out by the prosecutor in the case, Juan Martinez. In it, he relates how one juror fell in love with Arias and that he is the reason she did not get the death penalty. Arias also tried to frame her boyfriend as a pedophile, but they say she forged that evidence and I believe that. The woman is a calculating, manipulative murderess that has no conscience whatsoever. She should have been given a death sentence. Instead, she got life – I hope she rots in prison. 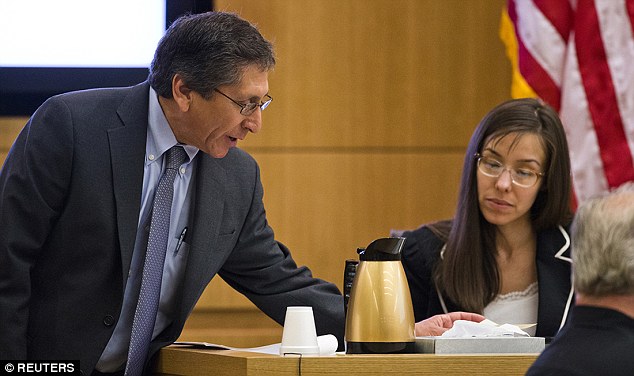 Revelations: Juan Martinez claims that Jodi Arias – who he is seen questioning during the cross-examination stage of her trial – avoided the death penalty partly because a juror was ‘in love’ with her.

One of the jurors in the Jodi Arias case fell in love with her during the trial, the prosecutor who oversaw her conviction has sensationally claimed.

Juan Martinez said that the unnamed juror became besotted with one of America’s most notorious criminals in spite of the gruesome evidence that convicted her.

Martinez did not specify which juror it was was but Tara Harris Kelley, one of the alternate jurors in the trial that convicted Arias, said she had ‘no doubt’ that he was referring to foreman Bill Zervakos.

Kelley told Daily Mail Online in an exclusive interview that Zervakos secretly wanted to acquit Arias, bragged about being a womanizer and made eye contact with her whenever the jury went into the judge’s chambers.

He also supposedly grumbled and complained whenever Kelley asked a question about Arias – and was one of the holdouts who refused to put her to death.

Zervakos has long been held with suspicion by Arias’ supporters because he was one of the holdouts in the death penalty phase of her trial.

But he denied being romantically interested in Arias and told Daily Mail Online that he viewed the case from a ‘non-emotional point of view’.

Prosecutors described her as obsessive and killed him after he said he wanted to date somebody else.

In 2013 Arias was convicted of the the slaying but the jury that Kelley and Zervakos served on could not decide whether she should be executed.

A second death penalty jury could not decide either – because of just one holdout – and earlier this year Arias was sentenced to life in prison.

Martinez makes his claims in his forthcoming book: ‘Conviction: The Untold Story of Putting Jodi Arias Behind Bars’.

The book is out next year but Daily Mail Online has learned details that will be included.

Martinez will not name the juror that Arias fell in love with, but Kelley said she is sure he is referring to Zervakos.

Kelley said: ‘When we would go into the judge’s’ chambers, which was once a week, he would always make eye contact with her [Arias] and do the same when he left.

‘He had said he was a womanizer early on and that made me concerned he was going to be attracted to her. It’s just such an odd thing to say.’

Kelley said that most jurors could barely even look at Arias, but Zervakos seemed more interested than the others.

‘When it came to the death penalty phase that was his way out.’

Kelley worked closely with Zervakos because she was juror 17 and he was juror 18, which meant she had a close view of what he was doing.

Kelley said: ‘I asked Jodi a lot of questions. Every time I would ask a question I could hear him huffing. He was so unimpressed that I kept asking her questions. His reaction was grunts like he was getting annoyed.’

After the case Zervakos became a figure of hate for Arias’ supporters and gave a series of interviews in which he tried to defend himself.

Speaking to Good Morning America, he made it clear that the case had deeply affected him and that he had spent a lot of time thinking about Arias.

He said: ‘When I walked into that court room for the first time and looked at the defendant – it is hard to put it into perspective, looking at that young woman and thinking about the brutality of the crime. It doesn’t wash.

‘It is difficult to separate yourself from the emotions and personal side of it.’

In the same interview he said later on: ‘I am very sure in my own mind that Jodi was mentally and verbally abused by him. Is that an excuse? Of course not. Did it factor into the decision we made? It has to.’

Arias’ trial became a media circus as details of her tawdry relationship with Alexander and the violent crime scene emerged while the courtroom saga was broadcast live.

Spectators traveled to Phoenix and lined up in the middle of the night to get a seat in the courtroom to catch a glimpse of what had become to many a real-life soap opera.

Arias claimed that Alexander was a pedophile, a tape of them having phone sex was played to the jury and Arias gave testimony for 18 days during which she repeatedly sparred with Martinez.

Martinez himself attracted controversy during the trial for signing autographs outside court and posing for pictures.

Arias is appealing her sentence and he is still working as a deputy district attorney at the Maricopa County District Attorney’s office, but nonetheless he is pressing ahead with his book.

Daily Mail Online understands that in it he will reveal evidence that was not put before the jury for the first time.

This will include how police found two knives, condoms and a 9mm handgun in Arias’ rental car when she was arrested.

He will also explain how Arias tried to communicate with Ann Campbell, one of the witnesses and one of Arias’ friends, via hidden messages she wrote in magazines.

Arias supposedly had them in prison and gave them to Campbell with code words scrawled in the side.

They supposedly included: ‘F*** up what you told my attorney’ and: ‘Directly contradicts what I’ve been saying for a year.’

Martinez also promises to tell the ‘full story’ behind Arias’ attempts at forging letters from Alexander while in jail in which he ‘confessed’ to being a pedophile.

The book will explain how she practiced writing in Alexander’s style and hid the forging instruments in Suave conditioner bottles.

In the book Martinez gives his own character assessment of Arias and says: ‘She’s a chameleon.’

Martinez is not the only person who has written a book about the Arias case and only last week the public defender who represented her wrote his own.

In ‘Trapped with Ms Arias’, L Kirk Nurmi wrote that she tried to manipulate him with flirtation and that he tried in vain to get himself dismissed from the case

Nurmi even went to far as to quit the public defenders’ firm where he was working just to try to escape Arias but the court nonetheless ordered him to stay on the case.

He wrote: ‘I was the most significant male relationship in her life. I took that to mean that in her sick twisted mind, Ms. Arias saw me as her boyfriend.’

Everyone will make books and movies off this murder trial and they’ll make a ton of money. The ex-boyfriend is still dead and his family will never stop grieving. Arias used everyone she came into contact with. She flirted with her own attorney. She seduced the jury foreman. Her attorney tried to get away from her and off her case, but the court would not release him. What does that say to you about this woman? She’s poison and puts on a face and a persona at will. I can’t even look at the crime scene pictures, they are just that horrendous. If there was ever someone who should have gotten the death penalty it was this woman. Perhaps someday justice will truly be served when she’s gone. Even then there will be no peace for the victim’s loved ones. This is just a wicked story and more details just make it worse. 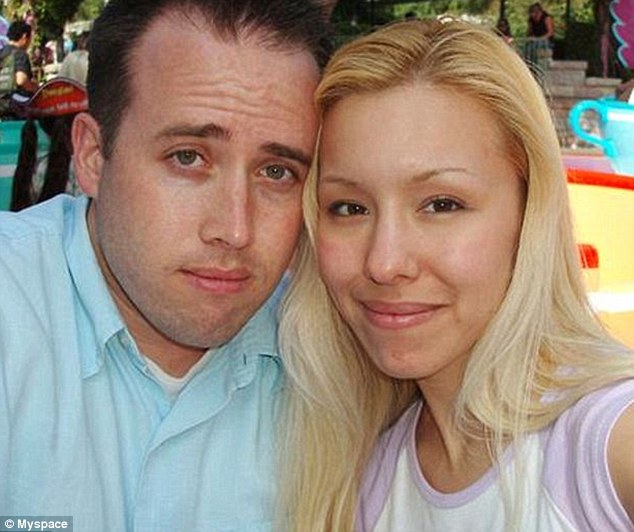 Guilty: Jodi Arias was convicted of the murder of her boyfriend Travis Alexander. She was subject to two death-penalty hearings. The first was declared a mis-trial, the second ended with a holdout vetoing execution. 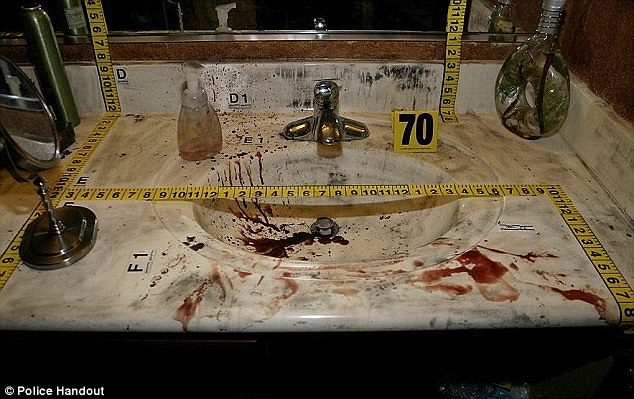 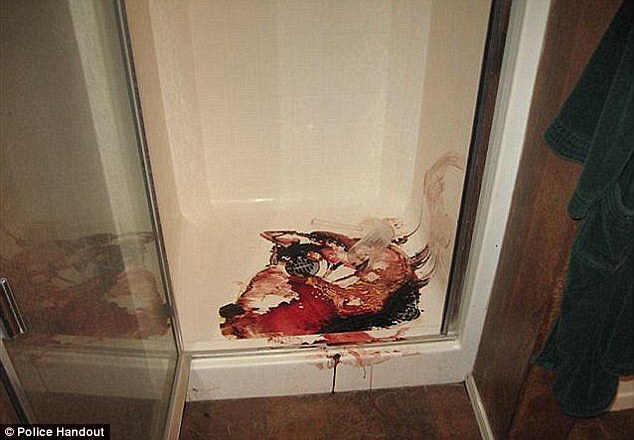 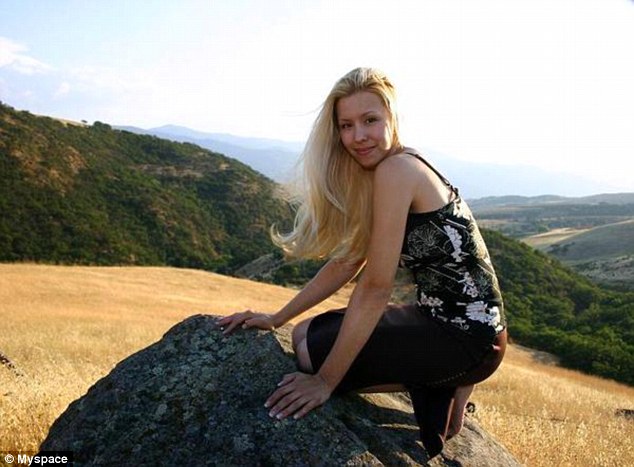 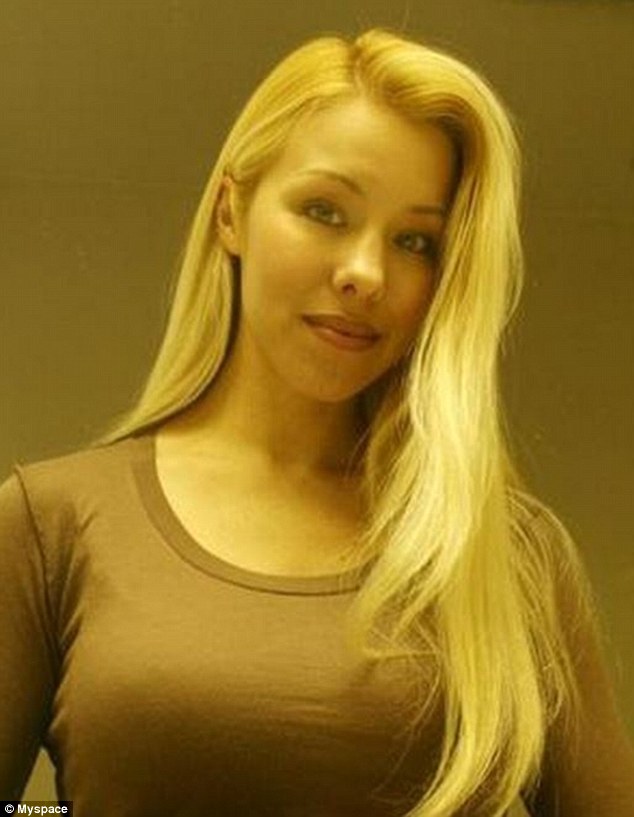 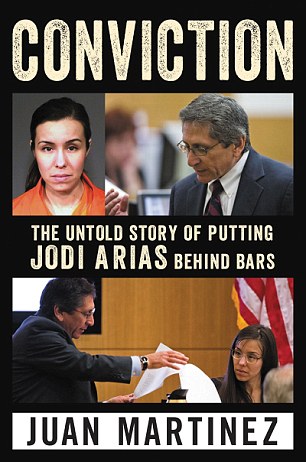