BREAKING: US Cop Savagely Shot – But Here’s What They’re Hiding

A pair of troopers stopped a car[1] with an expired registration tag on I-76 near the University Avenue exit. This is in Philadelphia. The occupants – four males – filed out at the troopers’ request. The troopers handcuffed one “until positive identification was made”and put him in the back of a squad car. 17 year-old Giovanni Cotto then jumped back into the car and took off. Troopers went after him and the two other males standing there ran off. That was when State Trooper Patrick Casey gave chase in his cruiser. He pulled along side Cotto’s car and the boy pulled out a gun and started shooting at him. Nine shots hit the cruiser… one hit Casey in the shoulder in an ensuing gun fight. The boy hit the cruiser with his car then plowed into the back of a school bus. Both vehicles caught on fire. Cotto got out unscathed. The only one on the school bus, thankfully, was the driver and he also got out okay. Cotto is now being held on a $3 million bond. Officer Casey is in the hospital recovering and will be fine. It was just a flesh wound. 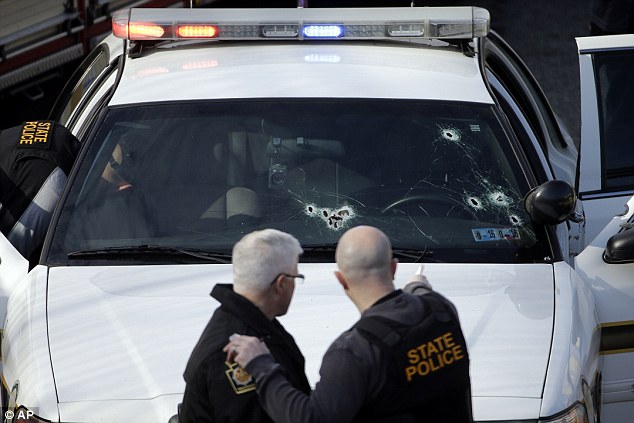 A state trooper was shot after a suspect fled a traffic stop and crashed into a school bus during a high speed chase, sparking a huge fire on a Philadelphia highway.

Police said the traffic stop turned violent when the suspect got back into his car and fled along Interstate 676 on Tuesday morning.

Trooper Patrick Casey, 31, is in good spirits at a hospital and is surrounded by his family and fiancee after being shot, according to State police Capt. James Raykovitz.

He called the trooper’s shoulder injury a ‘flesh wound.’

It is not known how many shots were fired, but the trooper’s cruiser had at least nine bullet holes in the windshield.

The incident began at about 9.30am, along Interstate 676, which runs through the center of Philadelphia.
Casey was at the traffic stop for an expired registration with two other officers. They pulled over a vehicle, after which a suspect got back into his car and fled.
The suspect’s car rear-ended a school bus, causing both to catch fire. There were no children on the bus, officials said.

The only person on board was the driver, who escaped without injury.
‘He got out of the vehicle and started firing at the trooper,’ Finn said, of the suspect.
District Attorney Seth Williams said that the trooper appeared to have been hit while still in his cruiser.

He said the trooper returned fire after being shot and some bystanders were involved in the capture of the suspects.
Steve Glowacki was working nearby when he saw the shooting.

‘I saw a gunfight down here,’ he said while pointing to the interstate from an overpass. ‘I came out, there were cops down there, shooting at someone, and then someone was shooting at them.’

He said he saw state police troopers with guns drawn.

‘I heard what I thought was gunfire, and it turns out that it was,’ he added.

‘When I came out, there was a gunfight going on and that car had already hit the bus.’

Mayor Michael Nutter, who spoke to the trooper at Hahnemann University Hospital, said he was ‘awake, alert and talking’ and in ‘good spirits’.

Governor Tom Wolf released a statement, saying: ‘My thoughts and prayers are with the Pennsylvania State Trooper shot on Interstate 676 in the line of duty today.

‘I am relieved to learn that the Trooper is in stable condition at a hospital in Philadelphia.

‘Our men and women in law enforcement put their lives on the line each day to protect us, and we owe them a debt of gratitude.

The busy stretch of road was closed in both directions between Interstate 76 and Interstate 95, but a portion of it reopened later on Tuesday morning.

Giovanni Cotto, was charged as an adult Tuesday night with attempted murder, aggravated assault, assaulting a law enforcement officer and related offenses. His father said he was a good boy, but if he did this, he has to pay the price. After Cotto crashed his car he got out and began to fire at Casey again. Casey, still in his car, fired back, as did two other troopers. This was when he was hit in the shoulder. Police said the 17-year-old was taken into custody after a brief foot pursuit by three troopers and two Philadelphia plainclothes officers. Another occupant of the car – the man who had been handcuffed during the initial traffic stop – was in custody before being released Tuesday night. Why the heck was he released? Police were searching for the two others Tuesday and had identified one. Raykovitz said it was not yet known whether anyone else would be charged. Students had just been dropped off at St. Katherine’s Day School before this happened. Things could have been much, much worse. 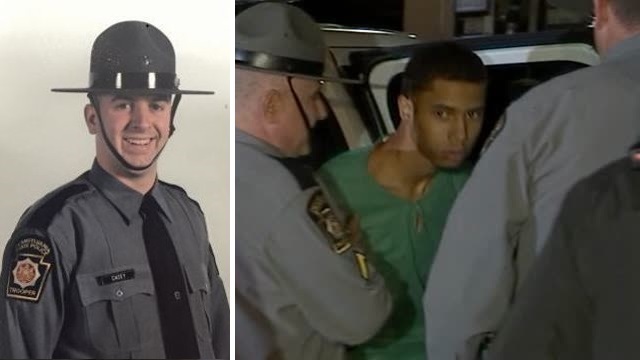 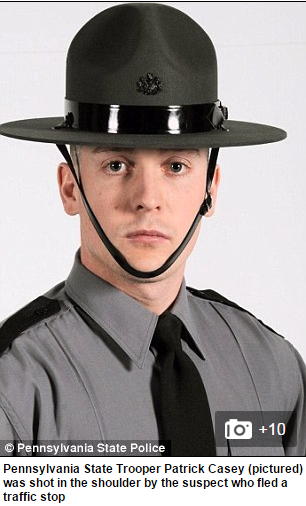 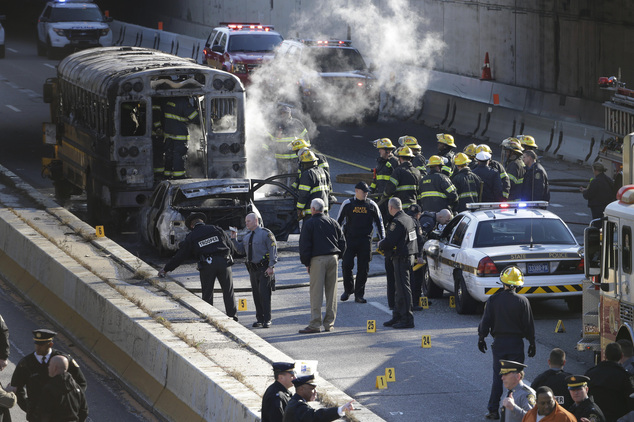 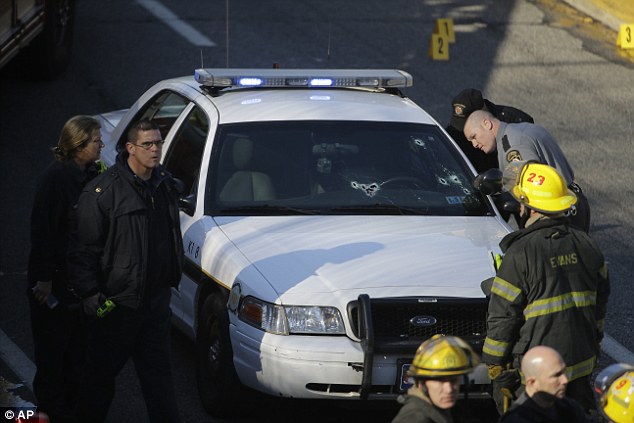 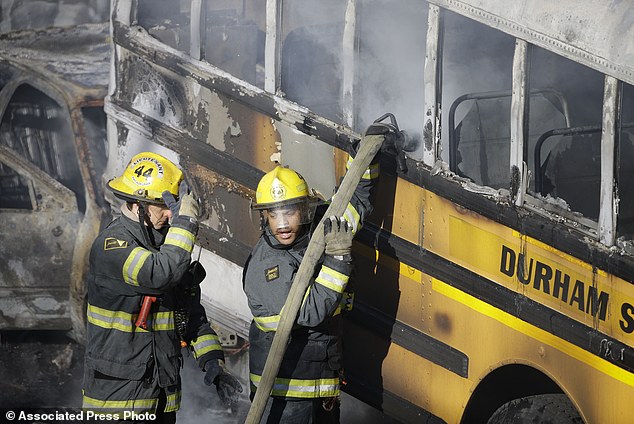 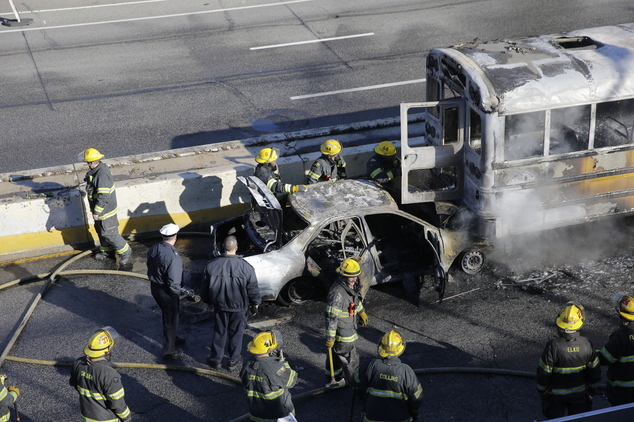 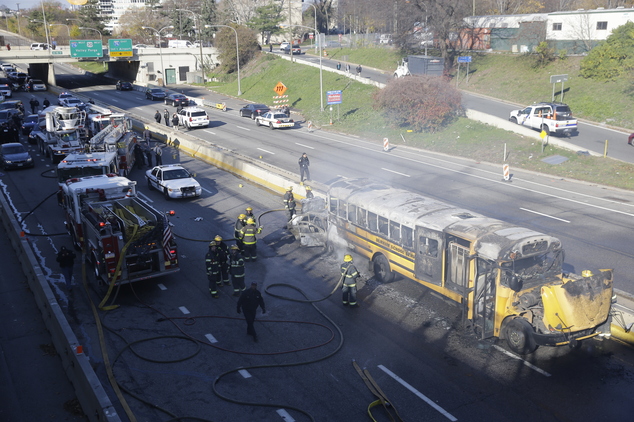 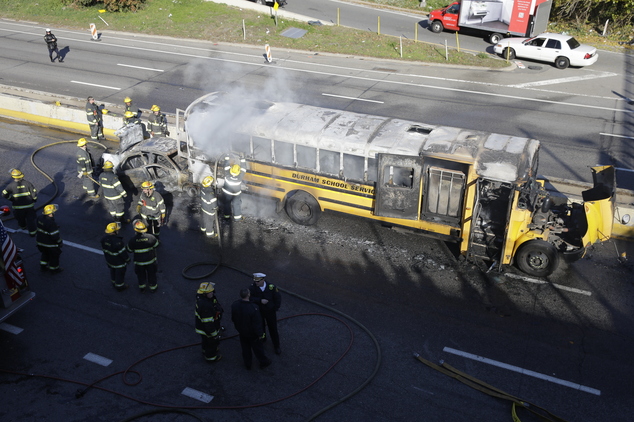 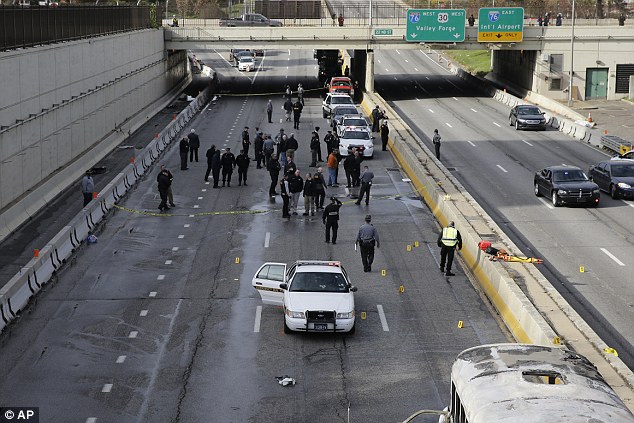