Bristol Palin Releases Ultrasound Photo! And the Father of her Baby is…

Seriously?[1] The world is burning down and this is what people are fixated on? If it had been anyone else’s daughter but Sarah Palin’s, no one would give it a second thought. Life happens and we all make mistakes. These trolls just want to get to Sarah Palin again any way they can. Even after all this time of not running for president, the Liberals are scared to death of the woman. Now, if Bristol had had an abortion, she would have been lauded as some kind of heroine. But because she chooses to keep her baby and love the precious little life she is giving birth to, well… they want to smear her mercilessly in the press once again. I wish to hell, they would just leave the Palin family alone. 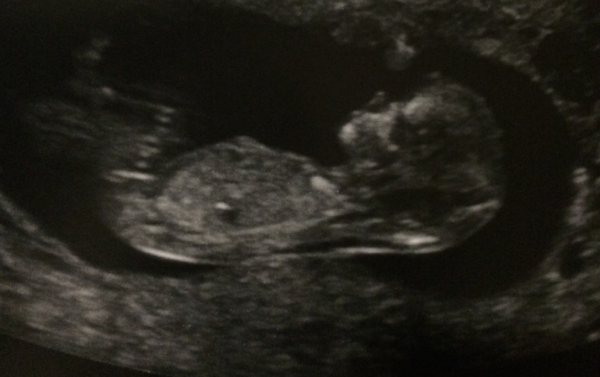 On Sunday, Bristol Palin released another explosive blog[3] surrounding her pregnancy. The daughter of former Vice Presidential candidate Sarah Palin denounced the “giddy a$$holes” who have judged her for getting pregnant out of wedlock and all but confirmed that the father of the child is her ex-fiance, Dakota Meyer.

So here are the things you should all get straight before you continue to mock me, judge me, and talk about me.

None of us are perfect.

I made a mistake, but it’s not the mistake all these giddy a$$holes have loved to assume.

This pregnancy was actually planned.

Everyone knows I wanted more kids, to have a bigger family. Believing I was heading that way, I got ahead of myself. Things didn’t go as planned, but life keeps going. Life moves on.

The mother-to-be added a sweet ultrasound photo to her blog post, titled “My Little Blessing.”

Judging from the baby’s development, it looks as though he or she would have been conceived back when Palin and Meyer were engaged to be married.

Meyer has yet to comment on Palin’s pregnancy, but assuming he is the father, we certainly hope that the two parents can reconcile their differences, or at the very least, establish an amicable friendship for the sake of their “little blessing.”

I hold out hope that perhaps the young couple will reconcile. Regardless, that little baby will have two parents who love him/her with every fiber of their being. The Marxists will literally use any distraction, even a minor one such as Bristol’s pregnancy, to divert from all the horrific crap raining down on America and across the globe. The Islamic State killed dozens this last week, but instead of crying out over the endless slaughter, they are obsessed with one amazing little life. Before they attack Bristol, all these asshats need to take a long, hard look at their own lives. Let him that is without sin cast the first stone at her.