A 19 year-old Muslim girl in Chicago[1] gave birth to a 7 pound, 11 ounces girl in her bedroom that she shares with her sister. The minute she heard her parents coming, she opened the window and threw the baby out… she lives on the eighth floor. A man walked by at about midnight and found the baby in the grass. The man who found her ran home and got baby blankets and shirts to wrap her in as the ambulance came for her. The little one suffered from fractures to her skull, spine and ribs, a broken shoulder and a lacerated liver and bowel. She never had a chance, she died at the hospital a short time later. The young woman is being held on first-degree murder charges with blunt force trauma listed as the cause of death. She’s an adult and should be hit with the full force of the law here. 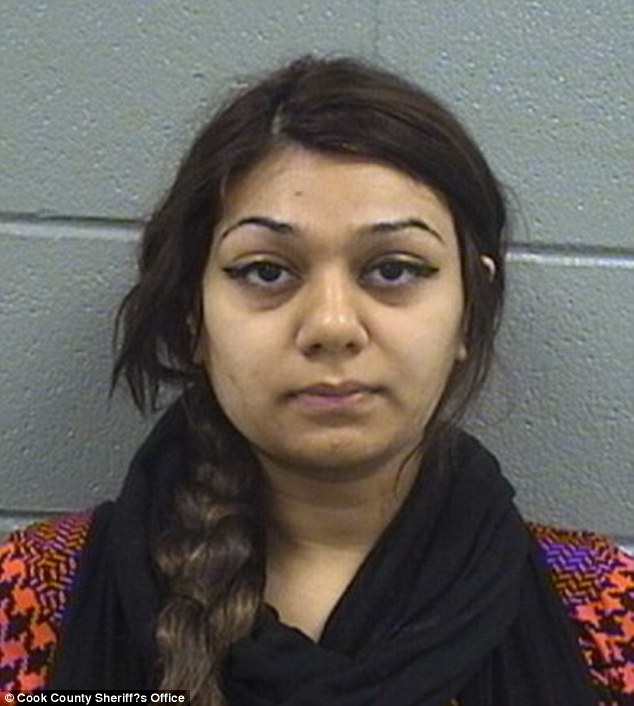 The 19-year-old woman charged with first-degree murder after she allegedly dropped her newborn from a window in her eighth-floor Chicago apartment so that her parents wouldn’t find out has been pictured.

Mubashra Uddin did not tell her parents, who are Pakistani and Muslim, that she was pregnant because she knew they would not approve, according to assistant state attorney Patrick Turnock.

Her baby girl was still alive when she was found by a man in the grass outside the high-rise in the Uptown neighborhood just before midnight on Wednesday, but she died in hospital a short time later.

Uddin was arrested on Friday and is behind bars with no bond.

Uddin gave birth around 11.20pm to a full-term seven pound 11 ounce girl in a bedroom she shared with her younger sister.

When she heard her mother approach the room, Uddin dropped the girl out of the bedroom window, Turnrock told The Chicago Tribune[3].

The DeVry University student fell pregnant by her boyfriend and only told him and a friend that she was expecting.
She hid the pregnancy from her family by wearing clothing that concealed the bump, according to Turnrock.

The man who found the newborn baby girl asked security at the building to call an ambulance and wrapped the bloody and naked child in shirts and two baby blankets he retrieved from his home nearby.

The baby girl suffered extensive injuries, including fractures to her skull, spine and ribs, a broken shoulder, and a lacerated liver and bowel.

She was taken to Weiss Memorial Hospital, just a block from the apartment building, according to NBC Chicago[4].

Under Illinois Safe Haven Law, any baby 30 days or younger can be given to a hospital, police station or fire station with no questions asked.

The girl was pronounced dead at 12.25am Thursday. Her death was ruled a homicide by blunt-force trauma, according to the Cook County medical examiner’s office.

Police said residents in the area told them they believed Uddin might have been pregnant.

When they went to her apartment, officers found blood in the bedroom and bathroom as well as on sheets and a pair of scissors, according to Turnrock.

Judge Peggy Chiampas said the teenager’s family circumstances will be considered during the case.

The girl hid her pregnancy from her parents by wearing baggy clothes, but honestly, they should have known. Her boyfriend and one other person knew. She could have taken the baby to any hospital, police station or fire station and given the baby to them, no questions asked. She didn’t have to kill her in cold blood the way she did. The judge is already saying she will take family circumstances into consideration. Unless she is referring to the fact that per their religion they may have killed the girl for bringing shame on the family, that is a cop out. Regardless, she should be charged as an adult and pay the price. She has confessed to the crime, now she can do the time. 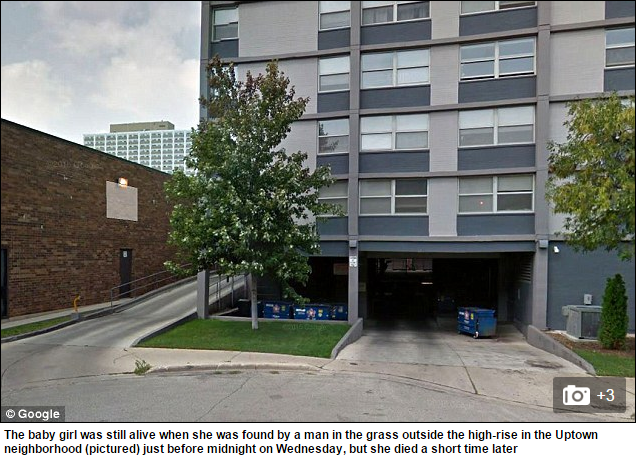