Christian persecution is reaching all time highs[1] across the globe as radical Islam spreads its violence and hate. The biggest increase is in countries such as Pakistan and Eritrea where radical Islam is on the rise, but North Korea still tops the list with its systematic oppression of Christians. They can’t even get adequate data on exactly what the NoKos do to Christians, but you can bet it’s not pleasant. As the Hijrah migration spreads across Europe, many Christians are experiencing firsthand how Islamists treat infidels. Rape, murder, torture and slavery are all on the rise as groups such as ISIS control more and more geopolitical territory. More than 100 million Christians are being persecuted globally, according to the 2016 Open Doors World Watch List[2] and more than 80 percent of that persecution is due to religious fundamentalism of some kind. 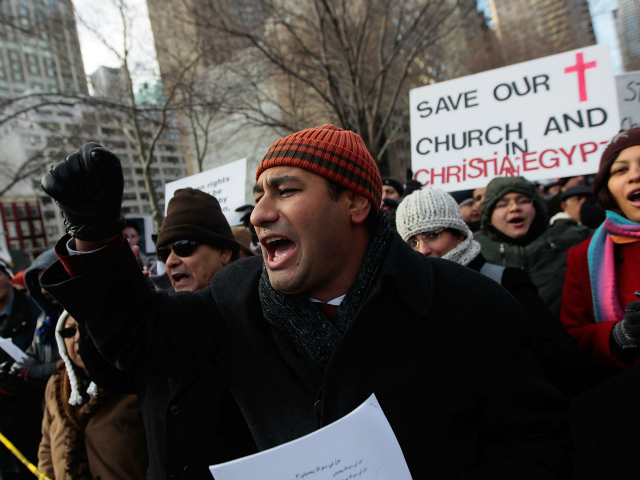 Throwing around the term “Islamophobia” is all the rage these days (for which there is a perfectly valid reason[4] to be Islamophobic). The lengths[5] to which the media will go to treat Muslims[6] as a protected class[7] knows no bounds. From ignoring significant data, to outright covering up Islamic rape (read more about that here[8]), if you relied on the mainstream media for information, you’d think that there was an anti-religion-of-peace holocaust taking place. Yet, in a wholly unsurprising turn of events, it was Anti-Christian violence that was really on the rise in 2015[9]. And by on the rise, we mean like… almost doubled.

Persecution of Christians is more than just physical violence. It’s a complex, multifaceted phenomenon that involves many aspects such as various forms of cultural marginalization, government discrimination, hindrances on conversion, hindrances on participation in public affairs and restrictions on church life. These and other aspects of persecution are comprehensively covered by the World Watch List methodology which distinguishes between squeeze (pressure) and smash (violence).

It is a challenge to document violent incidents targeting Christians, especially in countries where access to information is restricted, or media reporting is insufficient. This table is based on research by the World Watch List team, assistance by Open Doors’ networks in the field, and help from external experts.

At least 7,000 Christians[10] were killed in 2015 for their faith. In 2014, the number was 4,000. That figure is certainly under-reported as well because it does not include murders in Iraq, Syria and North Korea, where violent persecution of Christians has become the norm. North Korea remains the most dangerous place on earth to be a Christian. It is estimated that around 70,000 Christians are currently imprisoned in labor camps, while others who worship in secret risk death if they are discovered. Many die for their faith, but you don’t see Obama shedding a tear for them, do you? The highest levels of violence directed against Christians were in Nigeria, Pakistan, Iraq, Syria, Myanmar, Central African Republic, Egypt, Mexico, Sudan and India, illustrating the global nature of violent Christian persecution. Lisa Pearce, CEO of Open Doors said: “The persecution of Christians is getting worse, in every region in which we work – and it’s getting worse fast. The trend is stark, as are the consequences for real people.” So, tell me again how it is Islamophobic to protest radical Islam when they are slaughtering Christians whenever and wherever they can? The violence against Christians has virtually doubled in one year and this year will be even worse.