“Being the good, intrepid blogger, I ran across the street to a CVS to buy a notepad, having left mine in my office back in Macon, GA. There in line were a half dozen young men, each with CPAC credentials around their necks and each buying condoms.” — Erick Erickson[1]

Women will be future leaders, too, and I was dismayed to see how many of them either looked frumpish or like two-bit whores.

First, are these young people being taught anything by their parents? I was at another service-oriented gathering of young women where the girls were in tight bandeau-skirts (you know, the kind of tube-top skirts that hookers wear on street corners?). They were sitting with their mothers. What is going on here?

Second, have women so internalized feminist dogma that they see themselves in only two ways? Butch, men-lite wannabes or 3rd wave sluts who empower themselves by screwing every available horndog man? — Melissa Clouthier[2]

Women have been complaining about “slut chic” short skirts at CPAC for as long as I’ve been going to the conference. Note that I say “women,” not just because I don’t hear men complain about it, but because I must have heard 5-6 women kvetch about women wearing short skirts for every man who I’ve heard mention it at all. I’ve always just chalked that up to the whole, “I want men to admire me for my looks, but not JUST for my looks” ideal that pretty much every attractive conservative woman I know embraces. At one point this week-end, it occurred to me that there were a LOT LESS women wearing short skirts this year than normal, which is ironic because apparently I was either missing or blocking out a bunch of women who looked like “two-bit whores” and/or “3rd wave sluts.” Honestly, I didn’t see a single woman at CPAC during the entire conference who I thought looked trashy, but maybe that’s because my definition of skanky is a woman with “juicy” written on her behind or dressed a little more like this. 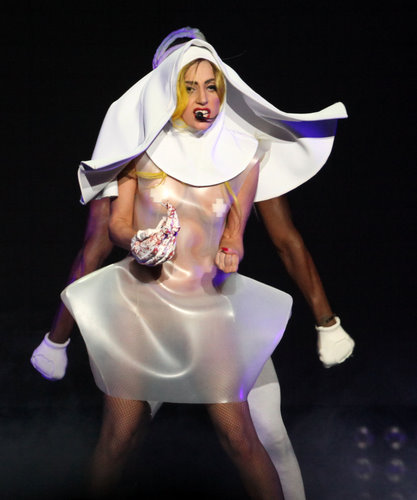 On the other hand, if this is considered to be an appropriate dress for a woman appearing on Fox — and it certainly is and if I may say so, Ann Coulter[5] looks fantastic in it — then I have a hard time complaining about women wearing similar attire at CPAC. 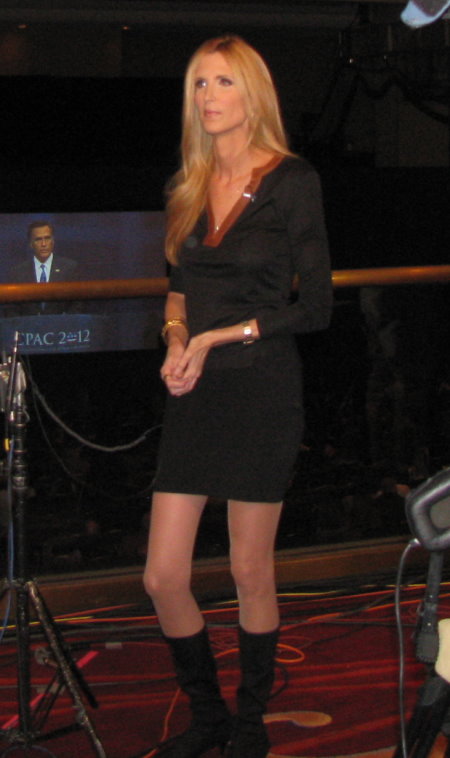 As to people hooking up at CPAC, well, it definitely happens. I know because I’ve heard some of the stories. But, that’s just life. You take people out of their home town, especially a bunch of college students, put them in another city with thousands of like minded souls, lots of adult beverages, and a festive atmosphere and, well — you can be sure somebody’s having sex somewhere. Honestly, my assumption — and it may be wrong — is that there is probably significantly less of that going on at CPAC than there would be in most other similar situations if only because the girls are conservative, which means they don’t believe in abortion and their friends probably WILL judge them harshly for having a one night stand in DC.

Long story short, I think I’m going to have to respectfully disagree with Erick and Melissa that there’s any sort of significant behavior or dress code problem at CPAC that needs to be addressed — but then again, maybe someone is writing their “Memoirs of a CPAC Ho” story right now about the private Roman emperor style orgies that all the hawt 22 year-olds are going to every night after the banquets. At the end of the day, while I think it’s good to expect a certain standard of decency and moral conduct from conservatives, I think we may be overshooting the mark a bit if we think we can stamp out short skirts and sex or perhaps worse yet, 20 year old guys LOOKING for sex at a convention that’s absolutely teeming with beautiful women.