When you see a child in desperate need of medical attention, your next move would to call 911, or take the child to the hospital yourself, right? : Well, one paramedic did that and got suspended[1] by his local volunteer First Aid and Rescue Squad. Why? He wasn’t twenty-one.

That’s right. : A twenty-year old volunteer paramedic drove a four-year old having seizure to the hospital and was punished for it.

According to the Times Herald-Record[2], Stephen Sawyer, who’s also a volunteer firefighter and part-time police officer, drove the girl to the hospital on Dec. 11 after repeated calls for an ambulance went unanswered.

He was at the rescue squad’s headquarters when he first received the call and was unable to locate an available unit to respond, so he took things into his own hands.

“I wouldn’t have been able to sleep at night or go to school knowing there’s a 4-year-old suffering,” Sawyer reportedly explained.

While Sawyer admitted he broke rules, he insists his actions were the best option available. In a 4-3 decision, the board decided to suspend him for 60 days and revoke two of his titles.

Sawyer instead resigned from the volunteer position on the spot. Now, the board’s decision is under fire.

John Gavaris, a captain and member of the board, wouldn’t go into detail about Sawyer’s case with the Times Herald-Record because it’s a personnel matter, but said the rules aren’t governed by insurance and noted that they are consistent with other rescue squads. 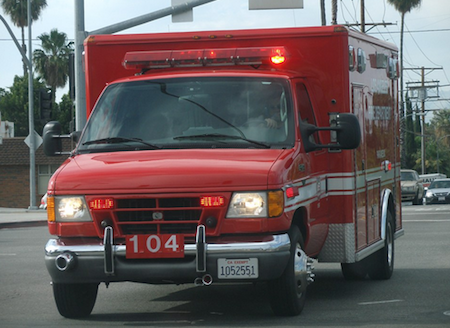