Police officers are a special kind of hero.[1] They become cops because they want to help others and keep us safe. During the course of their duties they routinely see unspeakable crimes and do the unimaginable as part of their routine. Wearing the uniform doesn’t just entail giving out tickets or driving neighborhoods. These men and women pull dying people out of horrible accidents and hold them until they are gone. They go to grieving families and show them respect and kindness in the midst of untold loss. They deal with the most evil, vile parts of humanity and risk their lives every single day they go out there for us. For that, they are paid crappy wages and get hate and derision heaped on them. I love and honor police officers. But what they really want is to be able to do their jobs and not get killed for it. Officer Michael Waters said just that in viral Facebook post. 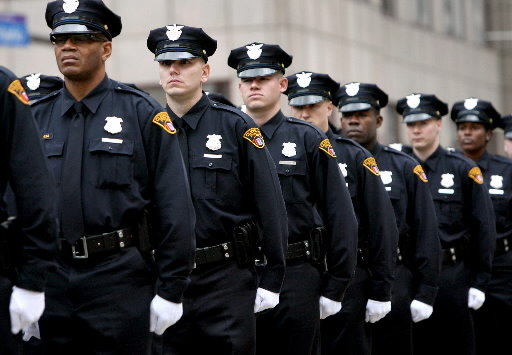 Michael Waters, who is apparently a law enforcement officer in Pembroke, Georgia, posted a heartfelt plea on Facebook Saturday that has since gone viral.

The plea: “Just let us do our jobs without killing us.”

Waters began his post by describing some of the less enjoyable aspects of his sometimes unrewarding job.

Imagine if you had to go to work each day and wonder if you would come home that night. How would your life be living like that? Could you function or would you just swallow the fear and do it anyway? Because that’s what cops do. They are police officers first, but they also wear many hats on the job. Some are unpleasant, but they do it anyway because it has to be done. They don’t want our pity… they just want to do their job the best they can and go home at night like all of us do. Don’t think for a minute that cops don’t grieve and feel sympathy for others. They do. But they have to suck it up and deal with it. Those who attack the police are America’s enemies. They are very bad individuals. Standing against our boys and girls in blue is standing on the wrong side. These officers may not need my respect, but they have it anyway. They stand between us and anarchy and are willing to sacrifice it all to do the right thing. Now it’s time for us to respond and do our part by just letting them do their jobs. 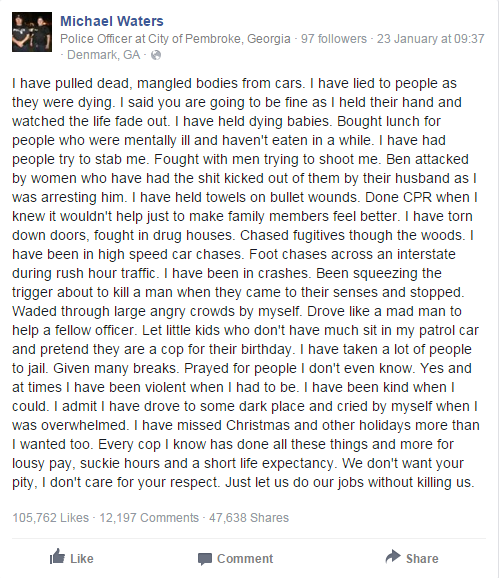