Country Fans Shocked After Faith Hill Says THIS About Obama…

I find it hard to reconcile[1] being a country music legend and being a Democrat, but both Tim McGraw and Faith Hill evidently are just that. McGraw brands himself as a Blue Dog Democrat. I find that interesting. Both of them give generously to the Democrats and supported both Bill Clinton and Barack Obama. McGraw spoke out for Obama in his 2008 campaign. I’m not sure how they both stand now. Many Blue Dog Democrats are going with Donald Trump. Wonder if they are in that bunch? I hope they are – at least that would reinstate a bit of faith in them. 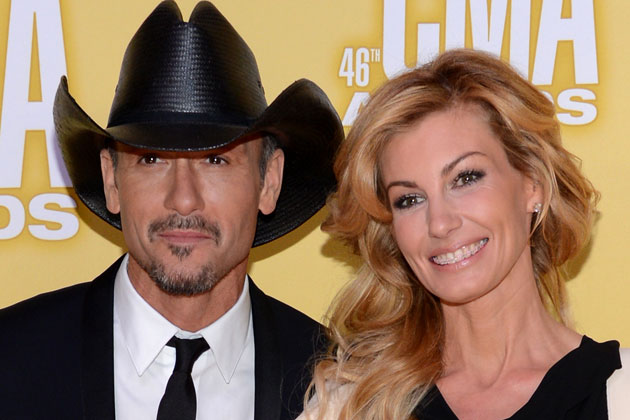 After hearing her music and listening to her values, one would be inclined to believe that Faith Hill would be a conservative. As it turns out, that couldn’t be farther from the truth. In fact, she is a strong Obama-supporter.

“It’s innate in me to be a blue-dog Democrat,” Hill’s husband Tim McGraw told People. “I’m not saying I’m right or wrong, but that’s what I am. My wife and I and our family will do everything we can to support Obama. I like his ideas, I like his energy, and I like the statement he would make for our country to the world.”

Well, we’re seeing that statement be made and it ain’t pretty.

As it turns out, this country duo is fueling the fire. Both regularly donate to the Democratic party as well as Obama’s campaigns. And the two haven’t ruled out running themselves.

McGraw was reportedly recruited years back to run for a U.S. Senate seat in Tennessee—and opportunity that he turned down because of family obligations.

“It’s more of a leadership role, and I think that’s something that I’d do well,” he told reporters. “That doesn’t rule out senator; I just think that as governor of a state, especially where I live, there would be a lot more opportunities to make some decisions and change some things.”

What do you think? Are you disappointed in these country stars?

Tennessee is in massive trouble with their Muslim/illegal alien population and the influx of refugees. Tennessee[3] is also over $43 billion in debt – they are broke[4]. McGraw would have to be a heck of a leader to fix that mess. I wonder if the dynamic duo is still keen on Obama’s ideas and his ‘change’ for America. It has been an ongoing disaster especially for Tennessee. They have both lost a lot of fans over their politics. It probably would have been wiser to keep their leanings to themselves in their line of work. Nashville is a great deal like Hollywood. They suffer from some of the same elitism and group think. This couple embodies that.