This is why celebrities should not get involved in politics.[1] No matter what they say, they are going to offend someone. This video is from 2010. It shows Dolly Parton defending Barack Obama. In it she says that he’s not as popular as he once was, but he’s doing the best he can. Really, Dolly? You are a Christian and you can sit there and say that? I wonder how she feels now after he’s pretty much destroyed the nation. Parton is wrong, it does matter who is in the White House and Obama has created much of the mire that America finds herself in. Prayers won’t help someone who has no faith or a faith that worships evil things. I had not heard her speak in defense of Obama before because I don’t pay much attention to celebrities. I’m sure this ticked her fans off though. 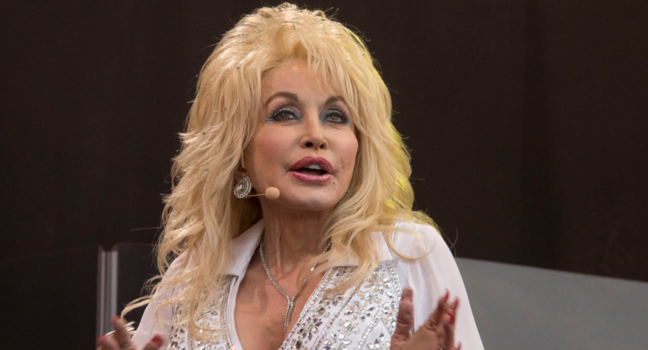 Recently, Dolly Parton appeared on CNN to speak up in support of President Obama.

In the clip, which has now gone viral, Parton admits that Obama isn’t as popular with the American people as he once was. Still, she defends him by claiming that he is “just trying to do the best he can.” She then reassures viewers that she has not lost faith in the president, and that she will continue to stand behind him.

The media made Obama appear far more popular than he ever was to begin with. He has done the best he can – for a Marxist. The man has achieved almost everything he has set out to do thanks to Progressives on both sides of the political aisle. He’s been wildly successful in bringing down and ‘changing’ the greatest nation on earth. I think that Dolly should stick to singing and acting and stay out of politics. Either that or get a good, old-fashioned dose of reality here. A true Christian cannot in good conscience condone the criminal and unethical behavior of Barack Obama. I would have expected better from the likes of Dolly Parton. I find this very disappointing.