Now, that’s clever. My children are grown, but I can remember that when they were in school, even then, you thought twice about spanking. If the child went to school and told their teacher, you could lose your child and wind up in jail. This is what you get in a devolving society when disciplining your own children is viewed as a crime and child abuse. One dad in Florida outsmarted the potential consequences of doing the right thing – spanking his daughter for misbehaving.[1] 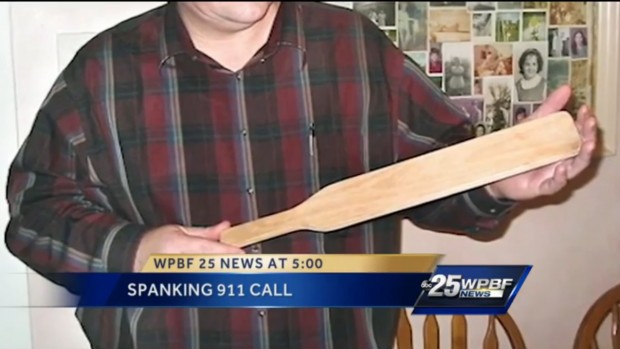 A father in Okeechobee, Florida, felt that his 12-year-old daughter needed to be disciplined after she apparently got into an intense argument with her sister on Monday.

However, given the number of parents who have been accused of child abuse for dishing out corporal punishment, the dad came up with an unusual plan.

He called the Okeechobee County Sheriff’s Office[3] to come supervise his daughter’s “paddling” — and a deputy actually showed up at the man’s house and oversaw the discipline. When the officer determined no crime was committed, he left.

The strange-sounding situation apparently happens more often that you might think, according to WPBF-TV[4].

Undersheriff Noel Stephen reportedly confirmed to the news station that he has supervised 12 other spankings.

“It’s definitely not something we advertise to do, and even though law enforcement has been willing to help out in this situation, watching a parent discipline their child is something that’s done only when a deputy has no other calls to handle,” he said.

There’s nowhere and no one to run to if the police say the action was done legally. An officer being called to oversee a paddling has now taken place 13 times in Okeechobee, Florida. There is still a shred of sanity left in the world after all. There is much to the biblical admonition[5] of: ‘Whoever spares the rod hates their children, but the one who loves their children is careful to discipline them.’ If you are a good parent, you administer just punishment and discipline when it is called for. Not to do so, to instead just be a friend, is to do them no favors and ensure a hard life of lessons for the child – perhaps even something much more severe. Kudos to dad for figuring out a way to carry out his parental duty and to stay within the law (such as it is these days).