In Michigan, a couple have a beautiful little blonde boy.[1] He is a typical boy… active and two years-old. At that age, they are hard to control and keep track of. That’s why you put them in daycare while you are working. You trust them with your precious child to take care of them and make sure they are okay while you are away. That trust was shattered for this couple when a worker at the daycare contacted them because they were concerned about how this little boy was treated. A photo was leaked to the couple showing the child bound and swaddled during nap time. The parents were horrified and pulled their son from the daycare immediately. They filed complaints with the daycare, the state, the police and Health and Human Services. Nothing has been done to the worker and all they get is different authorities citing privacy issues. This was abuse, no doubt about it, but not even a prosecutor would move forward with the case. It’s outrageous. 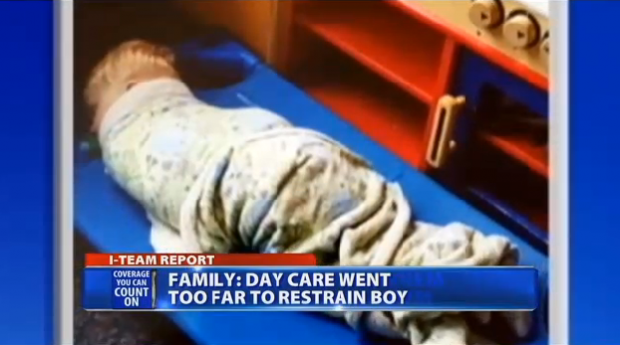 For more than a year, a Michigan couple trusted their son’s daycare. That trust was broken when someone who worked for the daycare alerted the parents to how their son was treated during nap times. According to that worker, who shared a photo with the parents, 2-year-old William was physically bound and swaddled against his will during naps.

Rebecca said that the worker who shared the photo with the family felt compelled to do so as she didn’t believe William’s treatment was right.

“She explained to us he was being physically bound for naps, and over time, this happened about a period of a couple of months,” Jason Vannest, William’s father, said.

“It’s just scary as a parent, because I don’t know how another parent would find this out,” Rebecca said.

WNEM reported that the employee accused of bonding the Vannest child is still employed at Rainbow Childcare Center in Davidson, Michigan. However, the Vannests did get the police involved, and WNEM obtained a copy of the Department of Health and Human Services investigation.

The agency did cite the daycare center for “restricting William’s movement during nap time,” but the punishment — if any — is unknown because of confidentiality laws.

The Davidson Township Police Department conducted its own investigation, but a county prosecutor declined to move forward with the case, WNEM reported.

“It’s our worst nightmare that something is happening to them when they’re in the care of someone else,” Jason said.

“What you assume is that justice will be served, action will be taken, and there will be consequences for someone who has abused or done harm to your child, and in this case, it just hasn’t happened so far,” he continued.

The Vannests pulled William out of the daycare facility immediately, and they have not placed him at any other facility.

If that had been my son, I would never let go of this. I would find a way to get an attorney and sue. I would hound the media over it and go to blogs with my case. I would become that daycare’s worst nightmare. The mother is probably staying home with the child now because they don’t have any faith in daycare facilities at this point. I don’t blame them in the least. All the center got was a citation which amounts to a slap on the wrist. How many other children there are being subjected to this treatment? Would you want to be tied up and swaddled when you sleep? That’s just downright mean and negligent. This was a nightmare for these parents. I hope that they find a way to make this stick and shut down that daycare. It’s just inexcusable. 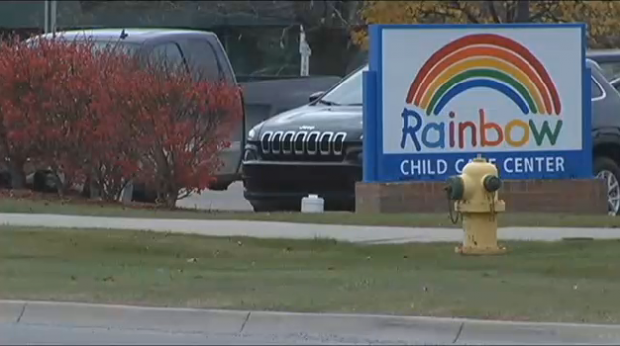