Despite LIBERAL Hollywood’s Attempts To Sway Decision – Jennifer Lopez Does THIS To Stand For Israel!

Jennifer Lopez will be performing in Israel![1] Her venue will be Tel Aviv’s Park HaYarkon. It will be the first time she has performed in Israel. Lopez is being urged to boycott Israel, as is Beyonce by the BDS movement (Boycott, Divestment, and Sanctions), led by Roger Waters of Pink Floyd fame. Lauryn Hill and Elvis Costello have already caved and said they will not go to Israel. Jennifer Lopez is among several high-profile artists and bands who are scheduled to perform in Israel this summer. They include Elton John, Deep Purple, Megadeath and Julio Iglesias. 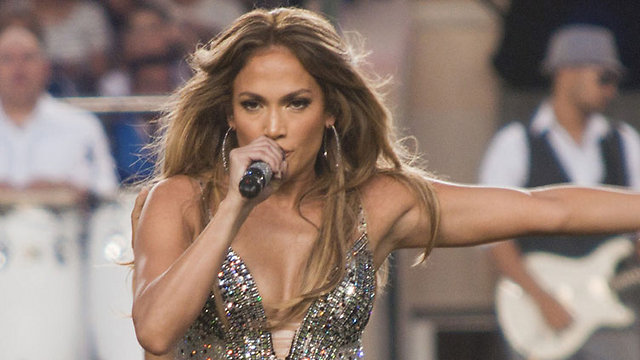 In his two terms as president, Barack Obama has shown time and time again that he has a bias against Israel. As such, he’s let an ally slip through our hands.

Obama’s sentiment was quickly echoed by liberal Hollywood, with actors everywhere standing behind his agenda.

Recently, superstar Jennifer Lopez went against the grain when she announced that she intends to perform in Israel this summer, despite the liberal pressure she has received to cancel the appearance. According to reports from Breitbart, the 46-year-old will be performing a live show in Tel Aviv.

The event marks the first time that she will be performing in front of Israeli fans.

British folk singer Donovan canceled a scheduled concert in Jaffa amid rumors of a boycott. Lopez is under growing pressure to cancel as well. I hope she doesn’t and hangs tough on this. Writing under the hashtag #CancelTelAviv, activists have been questioning her motives for wanting to hold a gig in Tel Aviv, accusing her of ‘entertaining children’s killers’. That is just hateful and such a lie. Some of the tweets were accompanied by graphic photos purportedly showing injured children in Gaza, with the caption questioning the American singer’s unconfirmed decision. ‘Say NO TO APARTHEID’, one tweet user posted on social media, addressing the message directly to Lopez’s official twitter account. Another user in support of the event’s cancellation posted two contrasting images; one of a man carrying a child with a bleeding facial injury and another image of J-Lo performing in a red dress. The caption of the tweet asked the singer: ‘Will you wear Blood Red for your Israeli Concert?’ These people are beasts and just plain evil. Israel is the only democracy in the Middle East. The same definitely can’t be said for the blood-thirsty Palestinians.