Duck Dynasty Star: “If We Can’t Pray To God On The Show, Then We Will Not Do The Show.”

There’s not a lot of good things that you can say about most of the reality TV shows that are out there. 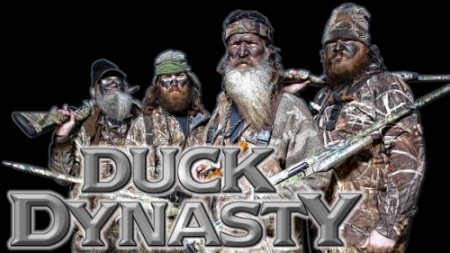 A lot of the shows feature human trash that you’re invited to mock and laugh at. In fact, that was probably the vibe the producers of Duck Dynasty were hoping to produce. They were probably hoping that they had a bunch a goofy southern rednecks with beards for the “smart set” in Hollywood and San Francisco to mock.

However, while the show is funny and the ratings have been fantastic, Hollywood may have gotten more than it bargained for with the Duck Dynasty crew. The “Beards” are pro-family, pro-hunting, pro-guns and pro-God and apparently they’ve had some complaints about it. Unsurprisingly, not everybody likes a popular show that paints a positive picture of God and guns. However, the wacky, good natured grandfather on Duck Dynasty, Phil Robertson, laid down the law: Take God or guns out of the show and THERE WILL BE NO SHOW[2].

Duck Dynasty patriarch Phil Robertson said, “God and guns are part of our everyday lives [and] to remove either of them from the show is unacceptable.”

According to a post 93.1 The Wolf put in their Facebook page, Phil also said: “If we can’t pray to God on the show, then we will not do the show.” The post received more than 126,000 Facebook “likes.”

Not everybody has the courage to stand up for what he believes, particularly when there may be money and fame on the line. The fact that Phil Robertson is willing to do it says a lot about his character. If this country had more Christians who felt the same way, it would be a better place.