It’s one guy against 4 others…and the end result has him earning the right to pump his chest like Tarzan like a BOSS. At first it seems that the situation is going to be 1 vs 1 when he lashes out with the first teaser slap… 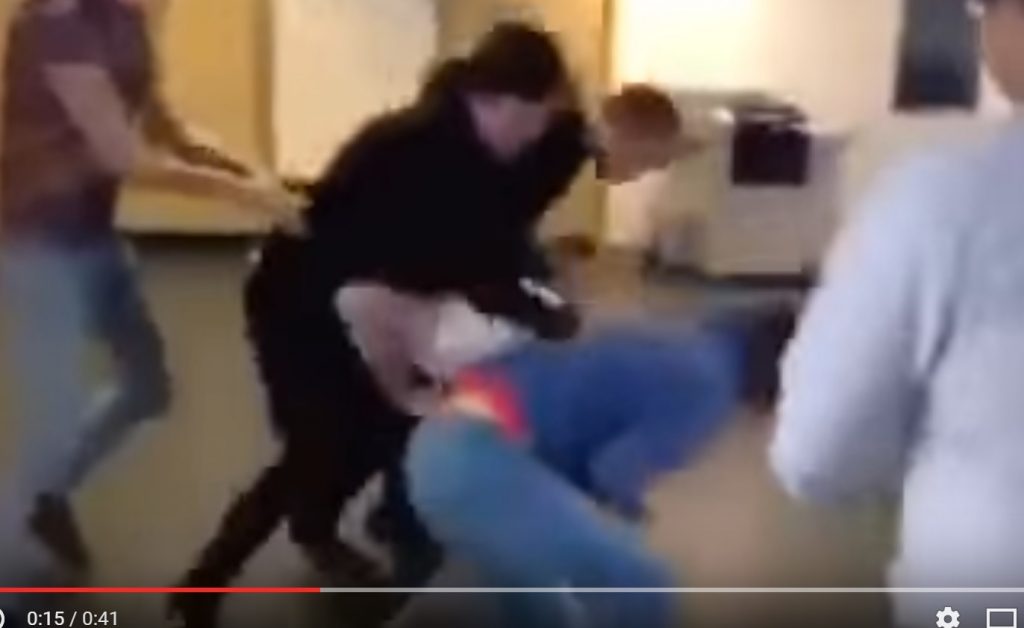 However, as soon as the other guy engages, so does his 3 other friends, who seem to be oblivious to the fact that ganging up on him at this point just makes them all look like douche bags…but whatever.

Normally, the first to throw a punch is the person most likely to be deemed the bully in the situation. However, that’s not the case here. The first punch came after the a-hole who took the first hit had been instigating the fight for a while already. When he turns to his friends to talk more crap about him planning to fight the guy…he takes a quick, but light swing to the chest.

Then all hell breaks loose.

He engages with our Tarzan boy and then obviously thinking it’s an easy feat, his 3 other friends join in.

However, the boy who we’ll just call Tarzan from here on out, throws them off, BODY slams one of them, then wipes the floor with his original target…just to leave him there sulking on the ground, to go after the next friend who thought he could sucker punch him. That didn’t last too long because Tarzan then goes all HULK on them, lifts the dude up and throws him against the garbage cans…

At this point…the original peon who took the first hit is back with a vengeance, but only embarrasses himself when he too is picked up and thrown down to the ground.

The bad thing about this whole situation is that it was all caught on video…which is fine for our entertainment, but you can’t help but feel bad for the suckers that had their asses handed to them for the whole world to see.

Tisk, tisk… they should have just walked away if they couldn’t finish the job they started with their big talk.