The upside of moonbattery having vanquished the art world is that talent is no longer necessary or even desirable. This makes artistic recognition far more inclusive. On the downside, artists need to be ever more outrageously transgressive in order to attract attention, which gets harder all the time. The current state of the art was on display at the AvantGarden in Houston:

Still in shock over a performance from days ago, [owner Mariana] Lemesoff said there’s now one band in town permanently banned from her place.

The incident happened last Friday during a cancer fundraising event when Lemesoff says Sonic Rabbit Hole, a pair of performance artists, took the stage and one attempted to give the other an enema.

“Everybody at that point was really shocked and then he proceeded to defecate on the stage and splatter feces everywhere,” Lemesoff said.

“What I did is not all that out-there. This is nothing, literally. I don’t understand why I’m getting the attention for this.” 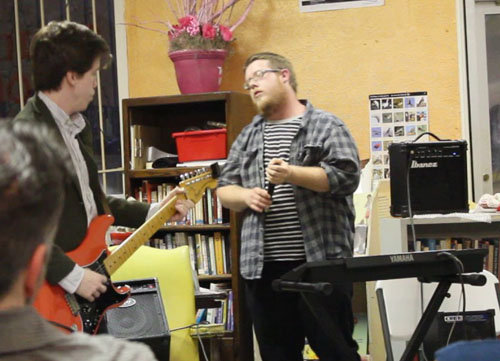 From Leonardo da Vinci to watching these guys give each other enemas.